Dismantling the walls to wildlife in Colorado 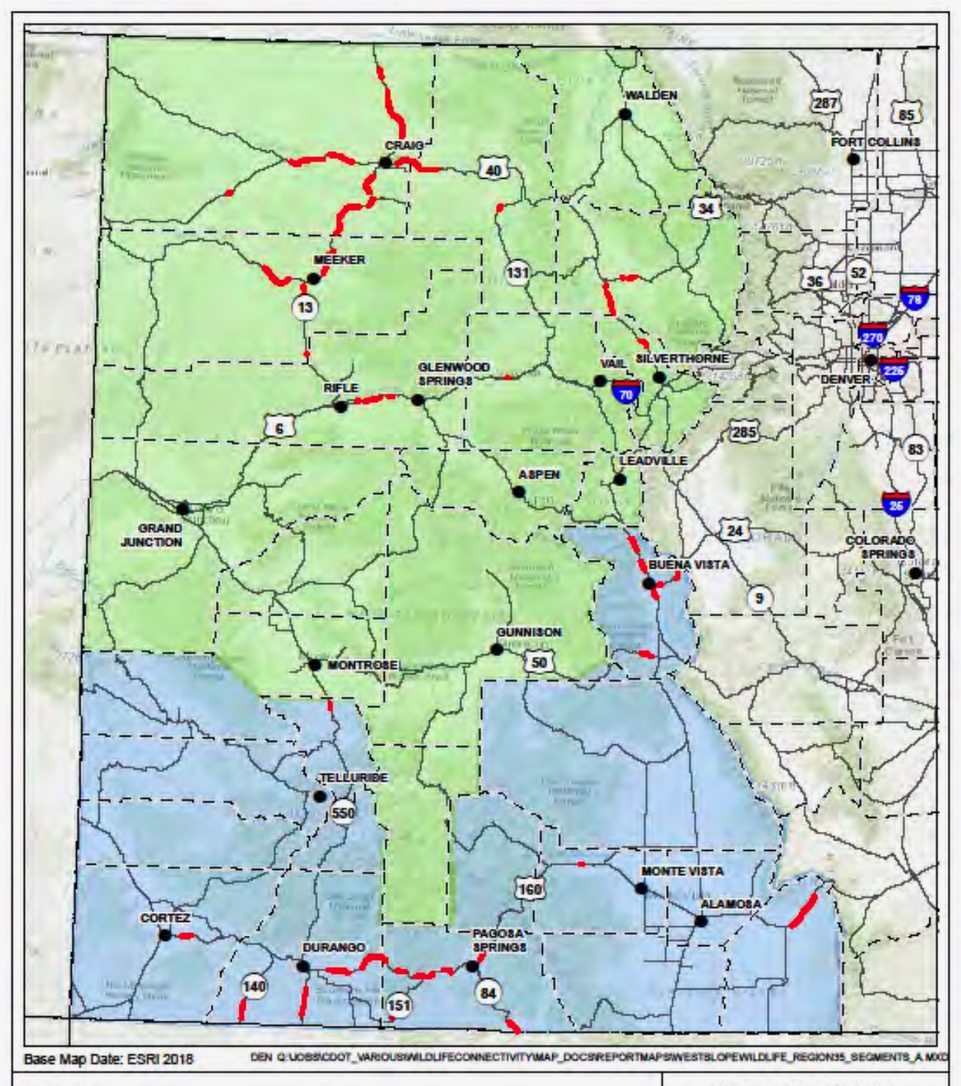 Although never a big-game hunter, I have killed three deer in Colorado and likely gave a bull elk a terrific headache. That’s not to mention my carnage among rabbits and other smaller critters.

Cars were my weapon, not guns.

Driving at dusk or into the darkened night will inevitably produce close brushes with wildlife, large and small, on many roads and highways. Even daylight has its dangers.

Colorado is now redefining that risky, ragged edge between wildlife habitat and the high-speed travel that we take for granted. State legislators delivered a message last year when appropriating $5 million for wildlife connectivity involving highways in high-priority areas. 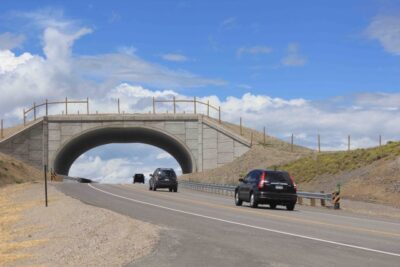 In late December, state agencies identified seven locations where that money will be spent. They range from Interstate 25 south of Colorado Springs to Highway 13 north of Craig near where it enters Wyoming. New fencing and radar technology will be installed. Highway 550 north of Ridgway will get an underpass.

The pot wasn’t deep enough to produce overpasses such as two that cross Highway 9 between Silverthorne and Kremmling or one between Pagosa Springs and Durango. But $750,000 was allocated to design work for crossings at I-25 near Raton Pass with a like amount for the design of an I-70 crossing near Vail Pass.

In this and other ways, Colorado can better vie for a slice of the $350 million allocated by Congress in the 2021 Infrastructure Investment and Jobs Act for improved wildlife connectivity.

This is on top of the overpass of I-25 planned for the segment between Castle Rock and Monument to complement the four underpasses installed in the widening project of recent years. 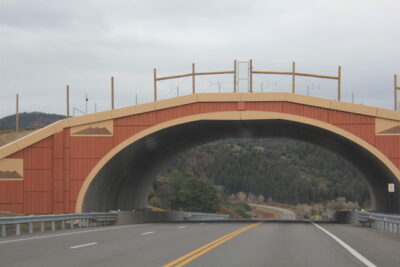 We are pivoting in how we regard roads and wildlife habitat. We have long been driven to protect human lives and our property by reducing collisions. Our perspectives have broadened. Human safety still matters, but so do the lives of critters.

When we built our interstate highway system between 1956 and, with the completion of I-70 through Glenwood Canyon, 1992, we gave little regard to wildlife. There were exceptions, such as the narrow underpass for deer in West Vail installed in 1969.

Biologists in the 1990s began emphasizing highways as home wreckers. Expanding road networks, they said, was creating islands of wildlife habitat. Fragmented habitat leads to reduced gene pools and, at the extreme, the threat of extinction of species in some areas, called extirpation.

I-70 became the marquee for this. Wildlife biologists began calling it the “Berlin Wall to Wildlife.” The aptness of that phrase was vividly illustrated in 1999 when a transplanted lynx released just months before tried to cross I-70 near Vail Pass. It was smacked dead. 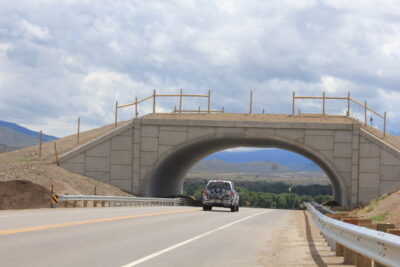 With that graphic image in mind, wildlife biologists held an international competition in 2011 involving I-70. The goal, at least partially realized, was to discover less costly materials and designs.

Colorado’s pace has quickened since a 2014 study documenting the decline of Western Slope mule deer populations. In 2019 an incoming Gov. Polis issued an executive order to state agencies directing them to work together to solve road ecology problems.

Two wildlife overpasses along with underpasses and fencing north of Silverthorne completed in 2017 have been valuable examples. Studies showed a 90 percent reduction in collisions.

“An 80 to 90 percent reduction right off the bat is pretty typical for these structures,” says Tony Cady, a planning and environmental manager for the Colorado Department of Transportation (CDOT).

State agencies, working with nonprofit groups and others, have crunched the data to delineate the state’s five percent highest priority road segments. These data may give Colorado a leg up on access to federal funds.

The two studies found 48 high-priority segments on the Western Slope and 90 east of the Continental Divide, including the Great Plains, reports Michelle Cowardin, a wildlife biologist for Colorado Parks and Wildlife. The Craig and Meeker areas have lots of high-priority roads, but much of I-76 between Fort Morgan to Julesburg also has many high-priority segments.

Some jurisdictions are diving deeper. Eagle County has completed a study of wildlife connectivity, and in the Aspen area, a nonprofit called Safe Passages has secured funding to begin identifying the highest-priority locations in the Roaring Fork and Crystal River valleys.

These new studies attest to a shift in public attitudes. Rob Ament of Montana State University’s Western Transportation Institute says wildlife connectivity is becoming institutionalized in how we think about transportation corridors. Instead of an extravagance, he says, crossings are becoming a cost of doing business.

This is happening internationally, too. “My world is just exploding,” he said while reciting crossings for elephants in Bangladesh, tigers in Thailand and work for other species in Argentina, Nepal, and Mongolia.

If in some ways a long time in coming, we are redefining the relationship between highways and wildlife.

Check out other work by Allen Best about climate change, the energy transition, and other topics at BigPivots.com.

Editor’s Note: As noted on the featured Colorado Department of Transportation wildlife corridor map, Chaffee County has received attention regarding high wildlife traffic areas with below-grade, wildlife crossings along U.S. 24 both north and south of the town of Buena Vista and on U.S. 285 and 24 just east of Johnson Village.