Stanley, who is in her first term, is the DA for Chaffee, Fremont, Custer, and Park counties, made an initial statement to KRDO news in Colorado Springs late today, saying that it was “not a big deal” and that law license suspensions happen. Attorneys are required to complete 45 continuing education credits over a three-year period. These days, most attorneys have completed their requirements online and less than one percent of attorneys fail to fulfill this standard requirement.

According to the Wet Mountain Tribune, Stanley was sent three notices by the state of Colorado, reminding her of the requirement, and the actions the state must take if the requirements were not met. The notices apparently went unanswered. 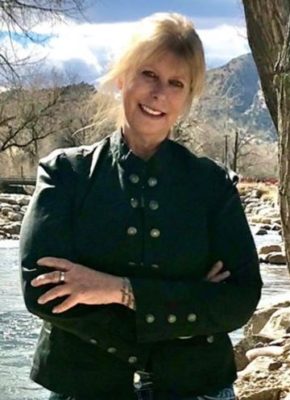 Stanley has faced criticism from more than one front. Prior to withdrawing the DA’s murder charges against Chaffee resident Barry Morphew, Stanley’s team found District 11 Judge Ramsey Lama dis-allowing much of the witness list and evidence list, causing them to say that without this, they could not pursue the case.

Earlier in the case she had defied judge’s orders, and broke the gag rule in place not to talk about the case; giving interviews to some national media (she gave none to the local press) which drew national and even international attention. Then, during pretrial hearings, Stanley’s office failed to disclose evidence they had received that the defense claims could have pointed to another potential suspect.

In his final rulings regarding what he would allow, Lama wrote at length about the legal definitions of negligent and concerning patterns that the court had observed during the murder trial proceedings, concluding, “While the court, for the reasons stated below, does not find this pattern willful based on the record, the court does find this pattern to be negligent, bordering on, reckless.”

The DA’s office dropped the murder case within a few weeks.

In 2019, she was censured for failure to tell a private client that she had taken a job with the Department of  the Treasury; while in a government job, private clients aren’t allowed by law. But the client got billed for work not done, the client tried and failed to have her removed, then Stanley started collections against the client she wasn’t legally allowed to have.

During the 2020 campaign for District Attorney, Stanley’s own sister, Sandra Fisher, a Chaffee County resident, wrote a letter to the Ark Valley Voice editor recapping Stanley’s embellishments and lies about her background and experience. Her campaign consisted primarily of repeated comments that she would enforce the Second Amendment, but very little about her platform and what she would get done.

Across the four counties served by the 11th Judicial District, three, Custer, Fremont and Park County Sheriff’s offices, all endorsed Stanley’s opponent; the governor-appointed Kaitlin Turner (who had finished out the term of the prior DA.) Only Chaffee County Sheriff John Spezze endorsed Stanley.

Last fall, Ark Valley Voice attended the DA’s 2022 budget session with the county commissioners of all four counties served by the 11th District held at the Park County Administration Office. The session could be characterized as disorganized, lacking in knowledge or detail, and primarily consisting of a plea for a bigger budget. Upon hearing the request for a 15 percent across the board increase in the DA budget for their county, Custer County Commissioners announced, “We approve anything like that we might as well not go back home to our county.”

The suspension of the District Attorney’s license raises an immediate legal problem. To get it back, Stanley is going to have to petition the Colorado Supreme Court, which will call a hearing.

Because apparently the DA’s office works under the authority of the DA’s license, and hers is now revoked so she cannot practice law — the question arises; how does the DA’s office continue to operate and under whose license will it legally proceed?

Addressing that question with the chair of the Chaffee Board of County Commissioners Greg Felt, he simply said that he would not make any comment at this time.