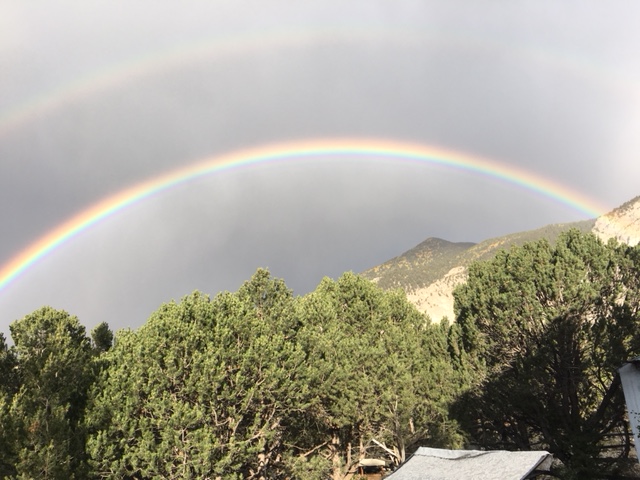 A rare double rainbow appeared over the Chalk Creek Canyon on Wednesday morning, Oct. 3 when rain moved through. The moisture is attributed to the northern edge of the tropical storm Rosa, moving up from the southwest where it drenched Phoenix. The front is expected to drop both rain and snow on the Rocky Mountains as it meets a cold front moving south.

The rainbow was visible looking west up the canyon. Rainbows appear more commonly in the afternoons on the eastern side of the Arkansas River Valley due to summer monsoon patterns. They are more rare in the morning and on the western border of the county.