Denver psychedelic rockers Dragondeer will be drenching The Lariat in their soulful blues starting at 9:30 pm. this Friday, September 27. Tickets are $15 and can be bought in advance online or in person at The Lariat.

Having shared the stage with famous acts such as Shakey Graves, Nathaniel Rateliff and The Night Sweats, Sonny Landreth, Drive By Truckers, and Hot Buttered Rum, Dragondeer has developed a unique brand of modern blues unmatched in the contemporary music scene. 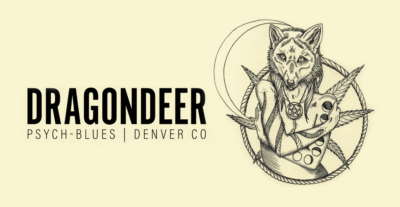 “Mirage a Trois” captures “late-night downtempo disco flavors” while exploring a message of inner struggles with the ego. Inspired by a moonshine-fueled jam session high in the Appalachian Mountains, “Max Patch” is easy-going mountain funk that will have you leaning back in your chair.

Halborg explained on Dragondeer’s official website that the decision to partner with Color Red was essential for allowing the band to explore new sounds and styles.

“Dragondeer has been naturally adding shades of old school funk to the swampy blues and soul that’s been our forte. Going into the Color Red sessions, we consciously allowed ourselves to go into new sonic territories. The tracks were inspired by the classic sounds of Stax Records and The Meters catalog, coupled with the indie dance floor sensibilities of Gorillaz and Portugal The Man. The Color Red studio provided the perfect space and vibe to explore and be creative musically”.