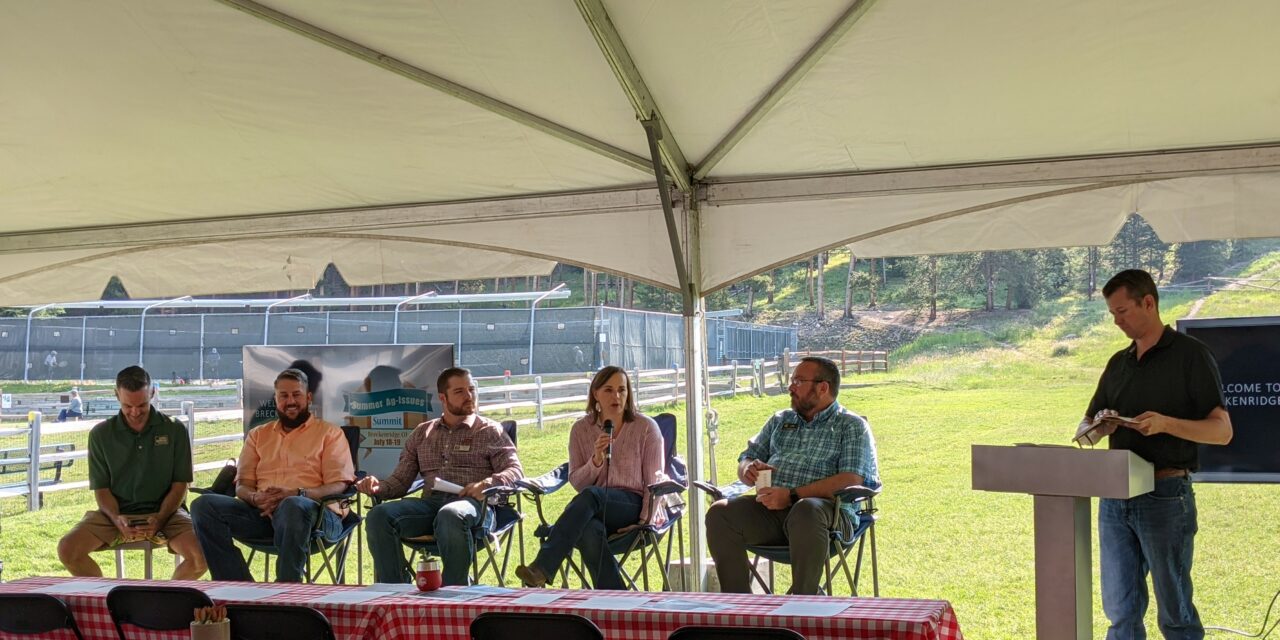 Colorado Farm Bureau held their Summer Ag-Issues Summit in Breckenridge on Monday, July 19. The summit kicked off with a panel on the new farm and ranch legislation and policy changes that will result. 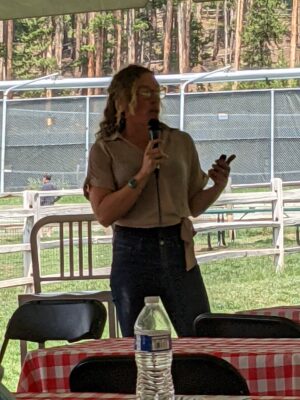 There was much discussion on the impact of SB21-087 “Agricultural Workers’ Rights”. This removes the exemption of agricultural labor from state and local minimum wage laws, grants meal and rest breaks, and authorizes agricultural employees to join labor unions.

Rep. McKean expressed concern that the bill was trying to enforce rules designed for other workplaces on agricultural workers. Garin Vorthmann described efforts by Farm Bureau that resulted in some flexibility being permitted in rulemaking, which starts this fall, for establishing overtime rules for agricultural workers.

Austin Vincent gave an overview of the $76 million in agricultural stimulus funding approved by the Colorado legislature. This includes:

Farm Bureau members were encouraged to attend the listening sessions to provide comments on how funds will be allocated. The next Ag Events Stimulus Stakeholder session will be held at 4:00 p.m. Thursday, July 29 via Zoom (registration is required). Those unable to attend the meeting can use the Ag Stimulus feedback form to submit comments.

Zach Riley raised concerns that the new union rules could run afoul of recent rulings protecting access to private property rights. He referenced the Supreme Court decision on Cedar Point Nursery (June 23, 2021) which sends a message to state regulators that it’s simply wrong to give outsiders access to farms, where families both live and work hard to safeguard their animals and harvests.

Riley also brought up a letter written by the American Farm Bureau and other farm organizations proposing approximately $49 billion of funding under the 2021 Stimulus Bill for Western Water Infrastructure needs from 2022 to 2032. This includes $2.8 billion for Bureau of Reclamation (BOR) storage and conveyance, $3.8 billion to repair existing infrastructure and address dam safety, and $2 billion to accelerate completion of rural water, water-smart technologies, water recycling, and reuse, and other authorized projects. 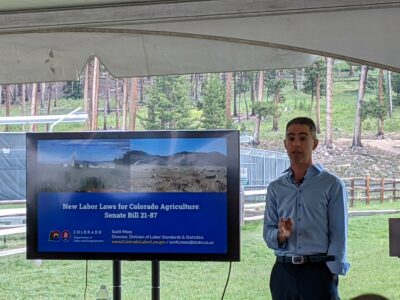 Rep. McKean commented that the recently released draft redistricting maps were a significant improvement on the prior gerrymandered districts. His opinion was that the seats seemed relatively fair and competitive and also took into account the “three Colorados” by creating Colorado districts that represented urban, rural, and ski-town (resort) interests.

Vorthmann reinforced the need for the commission to hear from agricultural providers on the redistricting, pointing out that parties can now testify remotely by signing up at this link. An in-person meeting on the Congressional Commission changes to Colorado’s 5th Congressional District will be held at the Salida Community Center (305 F Street) at 2:00 p.m. Thursday, July 29.

A second redistricting meeting is also scheduled at the Buena Vista High School at 7:00 p.m., August 21.

Scott Moss from the Colorado Department of Labor and Enforcement (CDLE), Division of Labor, gave an overview of the ongoing rulemaking process for implementation of the SB 21-87 New Labor Laws for Colorado Agriculture. He emphasized that while the new law required some specific new rules, such as for minimum wage, some flexibility was granted for rulemaking regarding overtime. He encouraged all attendees to read the new Ag Labor Rights and Responsibilities rulemaking schedule of events to participate by providing comments. 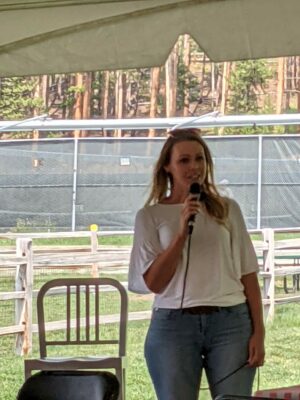 Commissioner of Agriculture Kate Greenberg addressed the summit on the Colorado Agriculture drought response. Greenberg is organizing a drought tour to evaluate impacts in hard-hit areas and anticipated development on a new farm bill.

Greenberg also addressed the local impacts of the drought and pandemic to rural mental health and highlighted state resources to help. She introduced the new State Veterinarian, Dr. Maggie Baldwin who spoke briefly on some of the state efforts to work with emergency response centers to improve support for evacuating livestock in the event of a fire.

She also talked about the state initiative to improve animal disease traceability and noted that 180,000 free, radio frequency ID (RFID) tags provided by the U.S. Department of Agriculture as an alternative to the silver metal Brite tags and orange metal Official Calfhood Vaccination (OCV) tags.

Veterinarians and producers are encouraged to employ the new electronic means of managing individual beef, dairy, and bison identifications in their herd health systems and can contact Dr. Joe Menicucci, Colorado Department of Agriculture Traceability Veterinarian, at joseph.menicucci@state.co.us or 303-869-9130 for information on how to obtain these free RFID tags.

Chaffee County is part of the Mid-Mountain regional chapter of Farm Bureau. While the Mid-Mountain Chapter has not met in some years, Farm Bureau is interested in revitalizing local participation. Membership information is available at https://www.coloradofarmbureau.com/ .

Editor notes: This personal, first-person account was contributed by Dr. Alison Brown. Dr. Brown is an investor in Ark Valley Voice. According to the Ark Valley Voice operating agreement, she has no editorial control over the content of this news media.