It might be only July 2021, but the 2022 election for state senator representing the Central Mountain region is already shaping up. State Representative Dylan Roberts has filed to run for the State Senate in the mountain-area district; As currently proposed, the senate district would include the counties of Chaffee, Clear Creek, Eagle, Gilpin, Gunnison, Lake, Pitkin, and Summit. 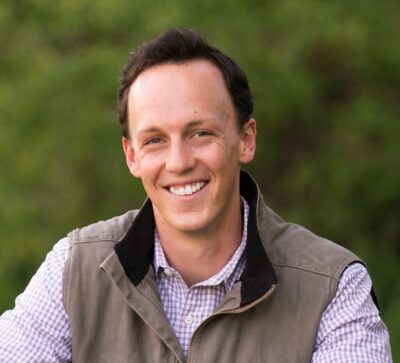 The district is currently represented by term-limited Senator Kerry Donovan and is up for election in 2022.

Roberts is currently in his second term representing Eagle County and Routt County in the Colorado State House. His record shows involvement in the passage of impactful legislation for his district and the state.

In the 2021 session, Roberts sponsored the Colorado Health Insurance Option which will provide every Coloradan with a new, affordable health insurance option. He has also championed legislation that protects water resources, promotes economic development in rural areas, and lowers the cost of prescription drugs, including his first-in-the-nation laws reigning in the cost of life-sustaining insulin for people with diabetes.

“It has been a true honor to represent Eagle County and Routt County in the State House. I am proud of my record as a State Representative – passing 70 bills into law, 97 percent of them with bipartisan support,” said Roberts. “I look forward to bringing my record of legislative success and passion for the High Country to the State Senate and continue to get things done for the people of Colorado.”

Roberts says that he plans to continue to address the district’s key challenges, including the rising cost of living, health care, housing and child care. He plans to push for new legislation to protect the environment and water, address climate change, and promote the region’s economic and workforce needs.

“There is more work to do,” said Roberts. “I am running for the state senate to ensure our mountain communities recover from the pandemic and remain a place where people can live, work, and raise their families.”

Roberts has received endorsements from across the senate district and the state, including the district’s current senator, Sen. Kerry Donovan and the United States Congressman Joe Neguse.

“It has been an honor to serve as this district’s State Senator over the past seven years and I could not think of a better person to succeed me in this office than Dylan Roberts,” said Donovan. “Together we have tackled the district’s important issues like health care costs, rural broadband, water, and protecting our public lands. We have work still to do and I know Dylan will continue to fight for our communities. I am proud to endorse Dylan to be our next State Senator.”

“I am proud to support my friend Dylan Roberts for the Colorado State Senate,” said Neguse. “Dylan has been a tireless advocate for his constituents in the State House, passing legislation to make healthcare more affordable, protect water resources on the Western Slope, and much more.”

Summit, Lake, Pitkin and Gunnison Counties’ State Representative Julie McCluskie said, “Dylan and I both represent our rural and mountain communities in the State House and it has been a privilege to partner with him on some of the most important issues facing our communities.”