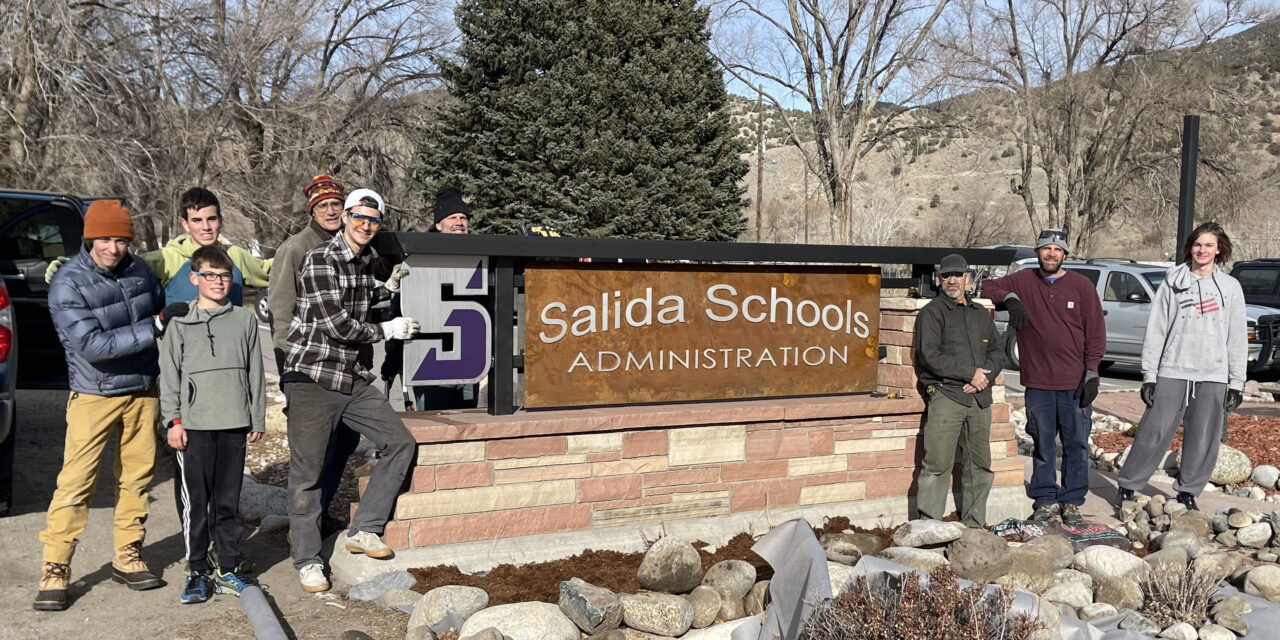 If you’ve driven by the Salida School District’s Oak Street Administration location recently you may have seen the new sign out front – this is thanks to a Salida High School (SHS) senior Ian Vallier, who constructed the sign as his Eagle Scout project and as part of a school-supported internship. 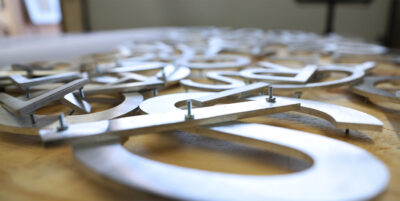 The metal sign represents more than 70 hours of work including project selection, design, manufacturing, and installation, and is a significant step towards Vallier’s ultimate goal of achieving the rank of Eagle Scout.

Vallier considered giving up on his track to Eagle Scout but found new motivation to continue working towards his goal. The path to gaining that rank includes a service project helpful to the community. Vallier reached out to the Superintendent of Salida Schools (and Scout dad) David Blackburn for potential ideas.

The idea quickly became visible: Salida Schools’ Administration team moved into their new space at 627 Oak Street in the summer of 2021. The building was undergoing upgrades and renovations, and a bracket and rock base sat waiting for a sign to identify the new tenants.

Vallier had been working for Shavano Sign & Fixture as part of a Salida student internship program through Colorado Mountain College (CMC). The opportunity to work on the sign was a perfect fit.

Vallier notes that learning to use the CNC machine that allowed him to cut out the 54 separate letters was the most challenging part of the process. “There were many software issues that happened as well as issues with the machine, all of which I had to navigate and solve,” said Vallier. The process involved multiple software programs and tools, and required dedication to finish.

While outlining his project, Vallier was able to commit two mornings a week as part of his internship coordinated through CMC. He was able to earn class credit for both SHS and CMC, maximizing his time on all fronts. He spent much of his free time in the shop outside of the scheduled internship hours to wrap up the project.

According to Vallier, the day of installation was the most rewarding part of the project. He was joined by Amato Halenda, Zeke Wilcox, Joaquin Wilcox, Bob Karls, Buel Mattix, Jim Lacroix, Randy Balhiem, Luke Regan and Justus Durham who helped with final placement and a bit of landscaping work surrounding the sign. 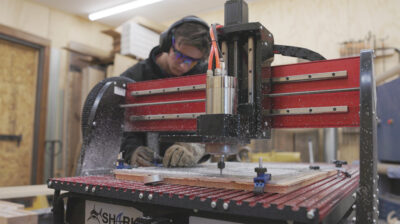 Vallier will present a recap of his project to the Salida School Board at their regular meeting on January 10, 2023, and says he hopes to complete the needed requirements for his Eagle Scout rank by early 2023.

“Only a few Boy Scouts per hundred in the United States make it to Eagle Scout,” said Assistant Scoutmaster Bob Karls of Troop 60. “So we are far exceeding the norm with how many are making it.” Karls credits the excellence of local leaders who encourage young Scouts to have fun, stay active, enjoy the outdoor opportunities in the community, pursue merit badges, and move through the ranks.

The building at 627 Oak Street continues to evolve to fit the needs of the school district and community, with recent updates to The Crest Academy playground and entry, the new sign and landscaping at the entrance to the administration offices, and future plans to move Horizon’s Exploratory Academy in as well.