Electricity today is like Colorado’s road network a century ago 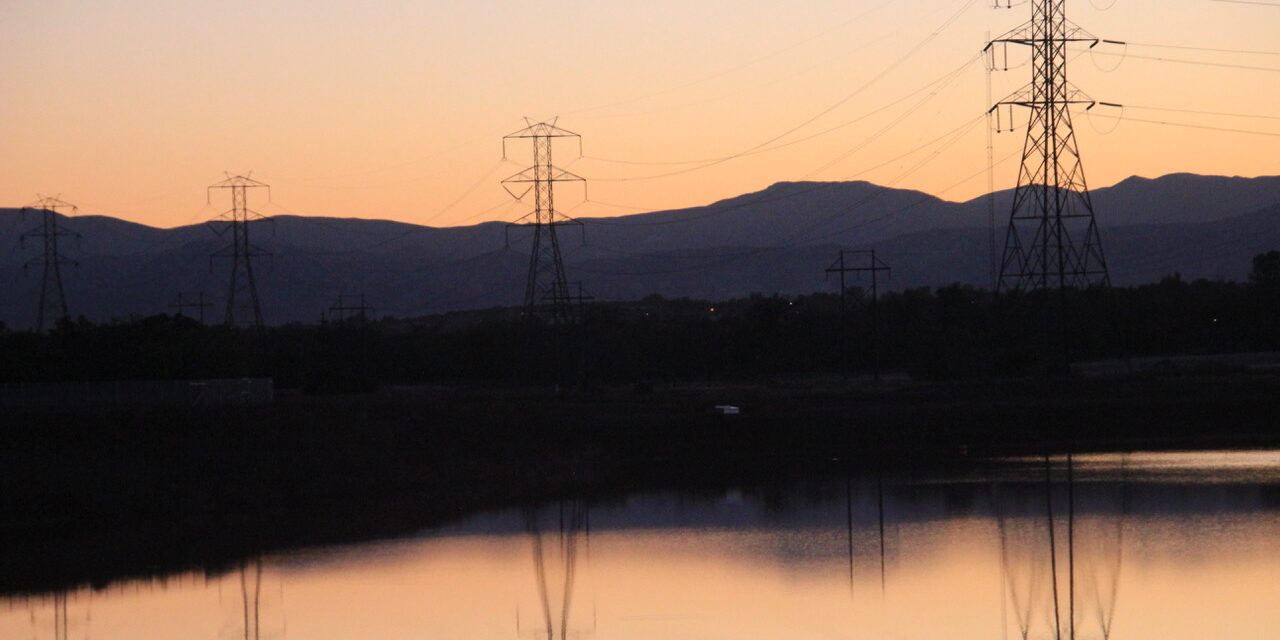 Imagine life in Colorado before direct flights to ski towns, before the interstate highways, or even two-lane paved highways. In 1922, the most expedient way to drive from Denver to Grand Junction was through Buena Vista. In winter, even that was impossible. No Continental Divide crossings were plowed until Berthoud Pass in 1930.

Construction of roads came in increments. In the late 1930s, New Deal programs improved a primitive road across Loveland Pass and also replaced a horse trail with the first road over what is now called Vail Pass. The 1970s produced the four lanes of Interstate 70.

In electricity, something similar has begun, but the steps promise to be more rapid. Three Colorado utilities, including the state’s largest, Xcel Energy, announced in January they will join something called an energy imbalance market in April 2023. Colorado’s second-largest electrical provider, Tri-State Generation & Transmission, and other utilities had previously joined the same market in 2021.

Directly or indirectly, nearly every energy consumer in Colorado is impacted by these first small steps toward sharing electricity across broader geographic areas. Details can induce yawns, but the big idea should interest anybody who wants reduced emissions while maintaining reliability and reducing costs.

President and Chief Executive of Holy Cross Energy Bryan Hannegan, the cooperative serving Vail, Aspen and other areas along I-70, puts it succinctly.

“We have a really ambitious and some would say impossible goal of 100 percent renewable energy by 2030,” he said at the recent Colorado Solar and Storage Association conference. “A broader regional market is an absolutely critical part of our strategy.”

The existing electrical system in Colorado and other western states is best understood as a bunch of semi-isolated valleys or islands. By one measure, there are 18 such islands, connected but with little easy flow of electricity between them. Think toll roads.

This new energy imbalance market is like a beginner ski slope. It provides some benefits, only the easiest tentative steps. The prize will be an organized market that efficiently matches supplies with demands across a broad geographic area. A common market mechanism is called a regional transmission organization or RTO.

Building new transmission will be expensive and siting will be difficult. “But if you like clean energy, you have to love transmission,” said Hannegan.

Hannegan talked about being able to optimize the value of solar energy produced in the Roaring Fork Valley while also drawing on hydropower from the Pacific Northwest. Others think fondly of solar power in the desert Southwest even as Colorado cranks up production of wind on its eastern plains.

Colorado in 2019 ordered a study, now complete, that conservatively found ratepayers will save four percent to five percent if utilities join an RTO. A 2021 law says utilities must join an RTO by 2030 or have a good reason why not.

Jeff Baudier, the chief executive of Core Electric, the state’s largest electric cooperative, with 165,000 members in Castle Rock and surrounding areas, wants this wholesale market to happen soon. “It will be studied forever if we let the utilities study it forever,” he said. “If you give utilities mandates, they will honor it. They may not like it at first, but we will figure out a way to make it work and protect the best interests of our customers.”

The chief executive officer  of United Power, the state’s second-largest cooperative, also wants to see Colorado utilities become part of an RTO sooner, not later. “This is a Nike moment,” said Mark Gabriel. “Just do it.”

The cooperative serves metro Denver’s fast-growing northern fringe as well as the portions of the Wattenberg oil-and-gas patch. It currently gets wholesale power from Westminster-based Tri-State, but in December announced plans to leave that family to explore the world as a single. Gabriel, likened the utility’s changed status to somebody contemplating divorce who changes his or her relationship status on Facebook from “married” to “it’s complicated.”

Complicated is also how almost everybody describes the task of joining or forming an RTO or some other large wholesale market. Gabriel wants a more hurried pace than the Colorado law provides.

But there are major questions about which path to take. States have varied interests. Colorado wants no emissions, while Wyoming wants to burn coal. Another issue is governance. One opportunity is California Independent System Operator (CAISO). But even if Colorado under Democrats thinks much like California, it won’t want to accept CAISO as currently governed. California must allow the organization independence.

How about looking east? Colorado utilities are now dancing with the Arkansas-based Southwest Power Pool’s energy imbalance market. But getting married in an RTO is complicated by an important seam. Colorado and other mountain states are on different grids from Great Plains states, with only a few, narrow portals among them.

Why not a third option, a new wholesale market that can still balance diverse resources and demands across a broad geographic area, asks Alice Jackson, President, Xcel Energy – Colorado.

Whatever the answer, the owner of the Climax Molybdenum Mine near Leadville, for many decades one of Colorado’s two largest electrical consumers, is ready for utility suppliers to join or create a broad, wholesale market.

Failure to efficiently integrate supplies to meet demand represents a market failure, said Johnny Key, the company’s director of energy and power solutions, “and these market failures are just costing us money.” The absence of wholesale markets, he added, is costing everybody money.

Allen Best publishes Big Pivots, an e-journal dedicated to climate change and the attendant energy and water transitions in Colorado and beyond. This article is shared with his permission. See more at bigpivots.com.