A portion of the proceeds will be donated to Colorado Brewers Guild. Elevation has dubbed their unveiling Friday Firkin February Fifth.

Elevation’s Andy Astor explained “We have participated in Firkin Rendezvous since we’ve opened and will continue to participate in Colorado Brewers Guild Events. The Guild has done so much to support us especially during the pandemic with all their lobbying efforts, guidance and just keeping everyone safe.” 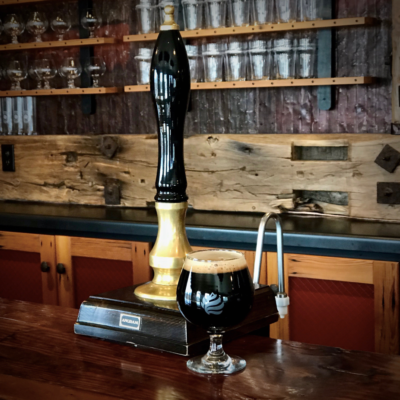 With COVID-19 and health regulations still in place, the brewery assures customers that it wants the event to be as safe as possible. Astor described what the brewery is currently doing to keep its customers safe.

“We’re not encouraging large groups to congregate. We’re encouraging social distancing, encouraging outside seating. The tables are all spaced six feet apart with groups no larger than six,” said Astor.

Participation in this event is made possible due to brewery’s beer engine. Elevation is the only brewery in the Arkansas Valley that has a beer engine which allows them  to regular have cask conditioned ale available in the taproom.

Typically, Bristol Brewing hosts the Firkin Rendezvous. This event is a Colorado Brewers guild fundraising event that hosted brewers from all over the state. The beers served are made specially for the event. Due to COVID-19 and health regulations, this year individual brewers are celebrating the event throughout the course of February.

What is a Firkin?

According to Wikipedia, a firkin is a unit of volume or mass used in several situations. Its etymology is likely to be from the Middle English ferdekyn, probably from the Middle Dutch diminutive of vierde ‘fourth’. Firkin also describes a small wooden vessel or tub for butter, or lard, etc. In this case — patrons are more likely to hope for and get — a firkin of beer,