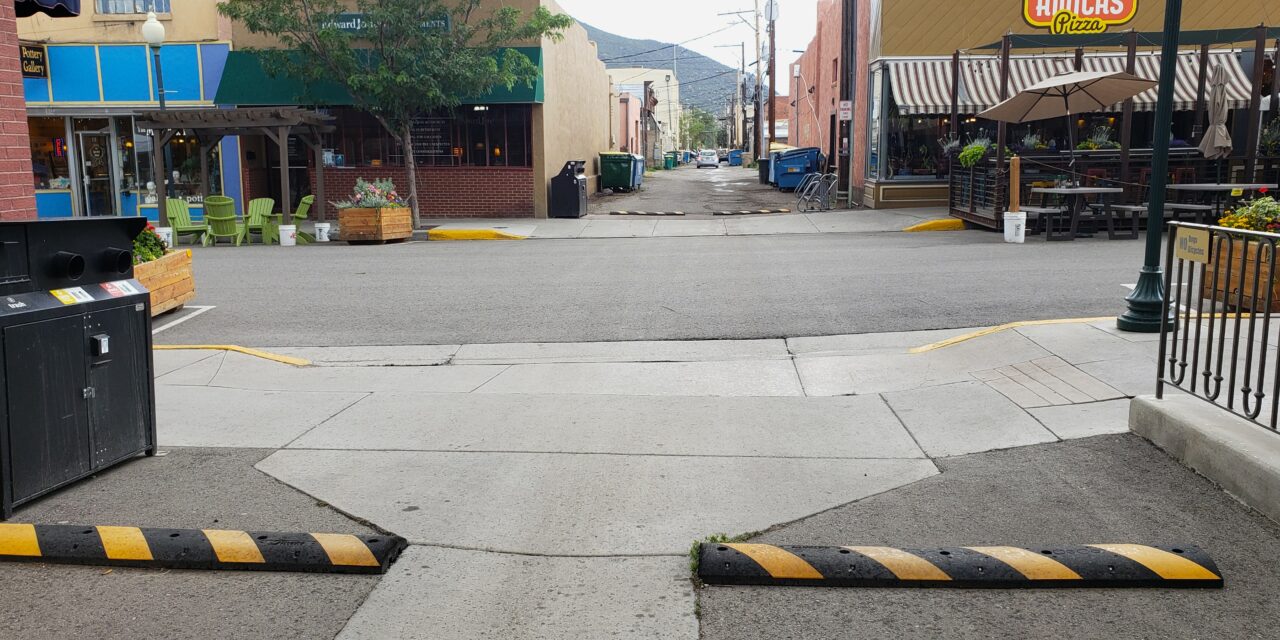 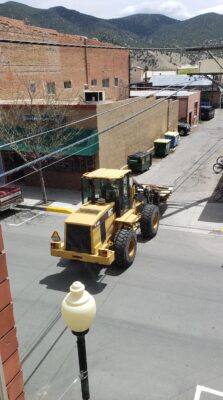 Downtown alleys are used all year long. But with the F Street pedestrian plaza restricting traffic in the core of downtown, the midblock alleys from G Street to E Street in the 100 blocks of F Street and North F Street are seeing even more traffic of all kinds this summer.

Traditionally the alleys have been used for the delivery of retail shipments and goods, and the city’s partial paving projects have improved these alleys.

But in recent years those improvements have also made these alleys a smoother ride and some even seem wider. More people are finding them an enticing possible shortcut; pedestrians, cyclists, and now skateboarders are adding to the mix of alley traffic, and it is impacting the general safety of the area.

To top it off, private construction projects are now bringing skid steers, road graders, cement mixers, and other heavy equipment down the alleys, crossing the F Street pedestrian plaza. 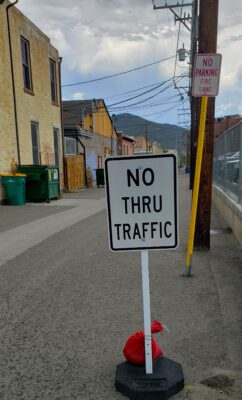 Recently, Salida Public Works installed speed bumps on either side of F Street at the alley entryways in multiple blocks.  They have also posted “No Thru Traffic” signs from G and E Streets in an attempt to encourage the causal motorist from cutting through the alley and crossing F Street, where sightlines are very limited and pedestrians have narrowly avoided being hit.

While the traffic signs are routinely ignored, the combination of signs and the speed bumps has at least made drivers more cautious, slowing way down before rolling across F Street. (Kudos to Brice, the UPS driver who always honks his horn multiple times as he creeps across F Street, before stopping to serve downtown businesses.) 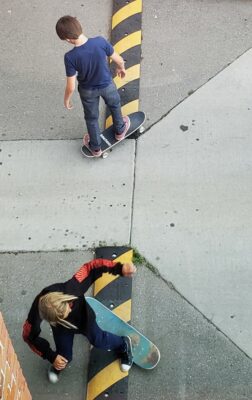 While the F Street closure to motorists is inconvenient to some, it does open up the core of downtown to visitors and their pets, strolling the street and enjoying our restaurants, performers, and shops.

Knowing that the street is full of dogs, kids on skateboards, one-wheels, scooters, bikes and yes, even e-bikes, it’s best to avoid using the cross alleys as a shortcut.  They’re critical to servicing the businesses that have no other way to receive their goods.

Ark Valley Voice joins the city of Salida in asking visitors and residents to please take an extra two minutes, go around and keep our kids safe.