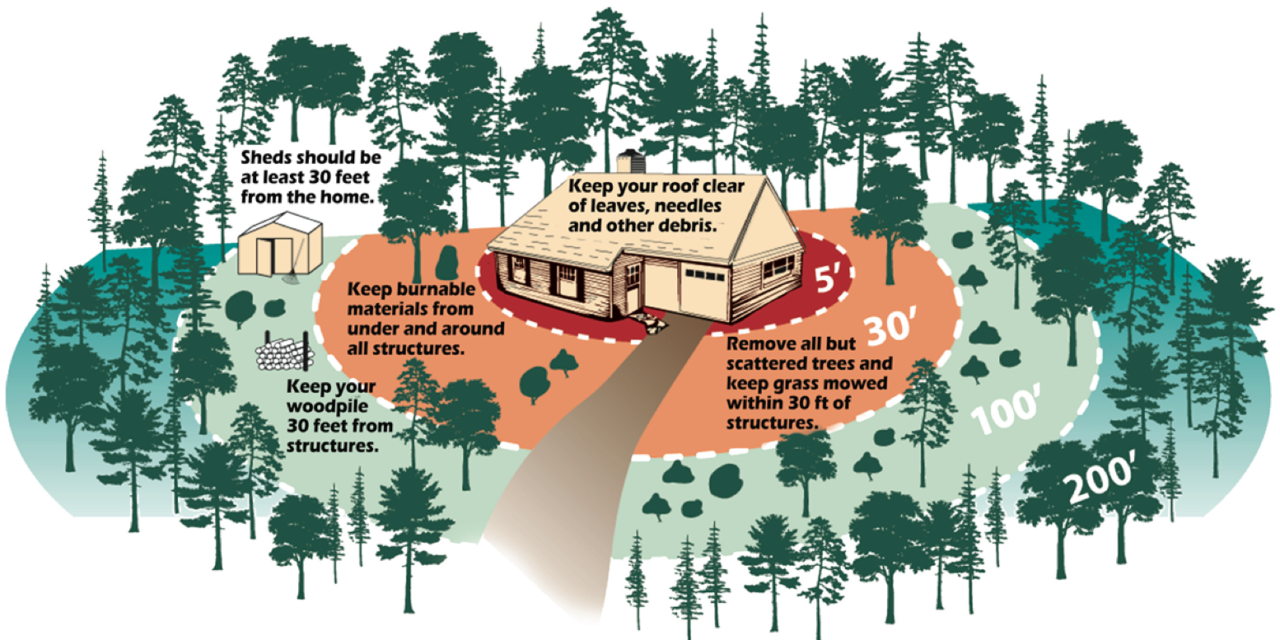 The latest meeting of the Envision Forest Health Council this past Wednesday yielded big results. After months of work, the highly-engaged group finalized the draft plan for what is being called the Next Gen CWPP, which stands for Community Wildfire Protection Plan. That draft document sets out some big 2020 goals and identifies treatment areas and sub-teams for efforts designed to protect Chaffee and Fremont counties from wildfire incidents.

“I could not be more proud of what we are accomplishing here as a community,” said Salida District Forester Damon Lange. 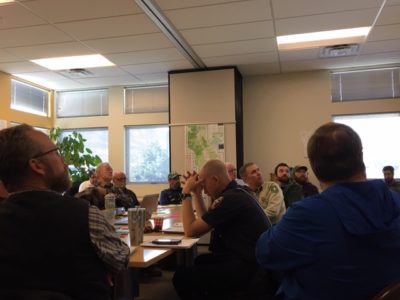 That was a conclusion shared by Envision Board President Cindy Williams, who facilitated the gathering of nearly 30 representatives. The group, which has been meeting for nearly a year, represents a cross section of of the region’s firefighting organizations and natural resources.

The last time Chaffee County worked on a wildfire plan was 2009. At that time, the modelling wasn’t nearly as scientific as the 2019 techniques, which project where treatment can have the most effect. With that basis, the model compiled maps showing where treating less than 15 percent of the landscape could still reduce overall wildfire risk up to 70 percent.

According to the group’s assessment of the highest treatment priority areas, around 70 percent of those areas are on public lands, and 30 percent are private lands. Wildfire mitigation can cost $1,500/acre to treat land to reduce fuel loads.

The combined resources represented in the meeting say they will work to tie funding streams together to create programs that can impact larger areas. That effort can take two to three years to coordinate, meaning that while the group is looking for early wins, it also must respect the long pipelines necessary for those funding sources to be available.

While public lands can present access problems, private lands present a different obstacle; residents who don’t want to cut back trees and brush to create defensible space. The group’s message for residents; while the trees hanging over a deck might be picturesque, there is nothing romantic or beautiful about wildfire that threatens lives, homes, infrastructure, and natural resources.

The final draft of the 2020 CWPP goals focuses on four main subject areas designed to enhance collaboration, beginning with becoming a cohesive working group across jurisdictional lines to treat fuel loads, Other goals include; tangible progress on mitigation programs involving residents, educational efforts to raise awareness of the need to mitigate, and actual changes to county zoning and codes to encourage home hardening.

The goal called “Treating Together” describes their hope for a collaborative approach to wildfire mitigation goals. The group agrees that for progress to be made, work should proceed across jurisdictional authorities.

“Let’s not worry about where the [jurisdictional] lines are – let’s just get more acres treated,” commented National Forest Foundation Vice President of Field Programs Marcus Selig. Selig is based in Salida, but works nationwide on forest field programs.

Williams commented that right now Chaffee County is running at about 1,000 acres/year of treated area across both public lands and private acreage. The group would like to see that number grow. (Draft numbers were debated, but not available for publication until the group approves the plan draft.)

Lange cautioned against setting rigid goals that don’t consider that county’s range of terrain. “We shouldn’t get caught up trying to meet the total number of acres, versus the fuel break that could protect hundreds of homes and acres.”

This program would empower the community to act to create defensible space, and could potentially generate larger scale treatment opportunities in the county’s fuel reduction treatment priority areas. This past year the county invested $800,000 in a mobile, commercial-scale grinder based at the Chaffee County Landfill. 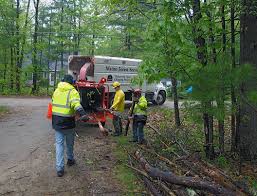 There is a national fire plan that can fund defensible space. Photo courtesy of the State of Maine.

The program would encourage neighbors and communities to work together to reduce fuel loads, providing not just access to the mobile grinder, but potentially access to other expertise: Chaffee Fire Trailers, Firewise programming, Colorado State Forest Service expertise and coordination with the county’s Envision effort.

Asked whether, for instance, the grinder could be moved north of Buena Vista to help create a community chipping event in a homeowner association area, Chaffee Commissioner Greg Felt answered yes. He noted that part of the decision to purchase the grinder was that it was mobile for use in Chaffee County, as well as being made available to other counties such as Lake County for mitigation programs that benefit the region.

An important component of the CWPP will be a coordinated communications effort that educates the public, while raising awareness of the efforts underway. The group set a goal to reach at least 20 percent of the population with the healthy landscapes message. They hope to set up community information gatherings, and to add one to two “firewise” communities each year. The firewise program launched in Maysville was noted as a successful example.

Counties in California, hard hit by wildfires in urban-wildland interface areas, have begun to produce educational materials such as this: https://www.firesafemarin.org/home-hardening

Actual legal changes can influence what is called “home hardening.” As Chaffee County moves into the rewrite of the County Comprehensive Plan, what will follow will be a revision of the county’s land use code (according to Felt, probably not until after the 2020 election). This will allow Commissioners and the Planning and Zoning Commissioner to consider code changes that could address things like better driveway standards for emergency vehicle egress, water cisterns, and fire-wise building materials. It could also allow for overlay zones, perhaps even a back country zone that would discourage construction of massive trophy homes in wildland areas or on non-maintained county roads with little emergency access. 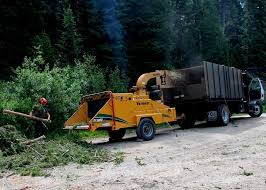 “We could look at encouraging or discouraging construction materials and methods,” said Felt. “Things that will slow or stop the burn, like stucco siding, fire resistant roofing, non-wood decks… the thing is, it’s how to integrate this into our code — that is a public and a political process. It scares some people, but there could be some type of incentives, selling it both ways – to lessen fire danger and less maintenance.”

That the county has gotten this far is the result of several active steps. The CWPP began with the Envision Forest Health Council. The CWPP update has been funded by a Colorado Department of Local Affairs (DOLA) grant with supporting funds from Chaffee County.

The project has taken more than 10 months, involved 40 people, more than 400 man-hours in meetings. It included the Chaffee Wildfire Survey, completed by 1,035 residents last spring. The May and October wildfire community meetings were attended by more than 200 people.

“You’re not in the drivers seat on the federal side of the fence, but you’re pushing the vehicle,” said Selig. “The CWPP is happening and you guys are at the table.”

Entities included in the Envision Fire and Healthy Landscapes partnership:

Chaffee County Board of Commissioners