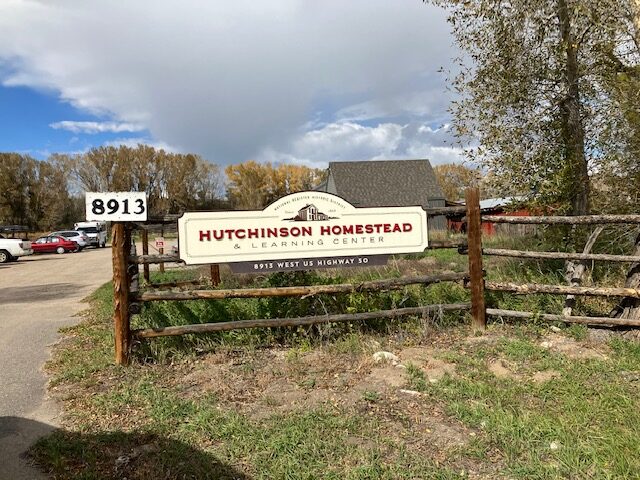 As promised, the staff of Colorado U.S. Senator Michael Bennet held a listening session at the Hutchinson Homestead Learning Center on Wednesday October 5, to get feedback regarding the upcoming renewal of the Farm Bill. The meeting room was packed with people from Chaffee, Park, Saguache, Fremont, and Custer counties, representing a broad range of topics contained in the Farm Bill; many areas that people may not necessarily know are part of this major bill.

Renewed every five years (the last time in 2018), the Farm Bill is an omnibus bill (meaning it covers many different areas of legislation) that governs much of the U.S. food and agriculture system. Of major importance to a broad swath of rural communities, Bennet has focused on this bill during his years in the Senate, to assure that the needs of Coloradans and Colorado communities are met.

“From severe drought to volatile supply chains to high costs, Colorado’s farmers, ranchers, families, and rural communities are facing major challenges,” said Bennet during the weeks before this round of listening sessions commenced. “These listening sessions with my staff are a chance for Coloradans to tell us how Washington can be a better partner to producers and anti-hunger advocates across the state.”

A broad range of concerns were raised, from slow or cumbersome government response and layers of approval, to the problems ranchers and farmers have funding and recovering agricultural infrastructure following flooding, to the critical need filled by the SNAP (Supplemental Nutrition Assistance Program) program in the past years of pandemic and economic turmoil.

Highlights of the Concerns in Farm Bill

The Regional Conservation Partnership Program (NCPP) — landowners say the problem is a slow and complicated process; the funding goes through the National Forest Conservation fund, not to them to treat wildfire risk areas and areas prone to flooding post-fire.

Chaffee Commissioner Greg Felt noted that unlike many counties, Chaffee’s CommonGround funding means the county has a wildfire treatment plan and it has also gone through the Emergency Watershed Protection Process. That doesn’t mean the process isn’t bureaucratic and clumsy. The county got a $300,000 grant, but apparently with culverts involved it was “a tremendous struggle. Park County representatives said “In Park County, we rarely go after federal grants. We can’t staff it, can’t monitor it, and matching funds were prohibitive.”

CommonGround said they’d like the match funds (a percentage of local monies allocated to projects that get federal funding) to be eliminated and for programs that are offered to be easier to administrate. Their question: “How many barriers are we creating for access?”

One man said “We can’t wait! Our neighborhoods are going to burn down and we are going to run out of water! We have a lot of people depending on us for food, water, and safety…. [the question is] what can happen that doesn’t need to go through Congress? Who in those departments can activate those projects?”

One of Bennet’s staffers responded saying  [now] “They have to wait for the emergency to happen before they can authorize. It would cost much less money trying to prevent these disasters rather than wait for the disaster to happen.”

There was some confusion over funding uses of the Inflation Reduction Act (the newest bill) and the October 2021 Infrastructure Bill, which Bennet staffer Erin Minks said included “a lot of the funding went to the EPA, not into the areas we thought.” A lot of the rural development funding was clean energy transition, bumping up the rural energy program — to the EPA for water potability.

The general need for affordable housing, for rural broadband and rural energy solutions, was raised. Bennet put together the housing roundtable, and this is a continuing topic . Resolution 712 is expected to provide greater access to rural and agricultural media programs – broadband funding, media, and television.

Tim Canterbury representing the Colorado Cattlemen’s Association (and member of the Arkansas River Basin Roundtable) pointed out that “These catastrophic fires are fought on the backs of agriculture. In Chaffee we need infrastructure.”

He explained that in agriculture “We can get no flood insurance. After the Feds leave and the fires already burned, the floods come. Now in the farm bill on the water infrastructure side after the fires, there is NO money for existing infrastructure – I’d say the Hutchinson Ranch, like us, has $300,000 in pipelines – after the fire, and we didn’t start the fire, we open our lands to help the community to get the fire suppressed, and then the flood comes. And we go ‘holy crap how do we pay for this existing infrastructure?’ Some of our irrigation ditch headgates are on public lands, but a lot of it is on our private lands. When you’re at the mouth of some of these private canyons, all of a sudden you have a $100,000 bill.”

Bennet’s staff said they had heard the same comment in the Durango area (which has also had major fires in the past five years).

Canterbury said that many of the agriculture water rights are old, from the 1800s, and this isn’t new infrastructure. “Can we all work together to solve this?”Instead of the government telling me how to run my ranch, we can do this at the local level. You want to see our open lands, but you’re breaking the backs of agriculture. This is the same all across the western U.S. It’s every catastrophic fire – it’s the same after every fire.”

Art Hutchinson addressed the impacts of climate change as well as the differences in infrastructure repair on private lands versus what the federal government covers, adding “We’re seeing more ‘belly washer storms’. We had infrastructure that came out of those. It flushes this stuff into our head gates, it’s expensive. [The government] gets it off the highway, and then we have to do the private clearing.” He pointed out that the Hutchinson Ranch has two agricultural easements but that “it requires that we keep water on the land in perpetuity. How do we do that when the ditches and headgates are destroyed? We have to foot the bill.”

He stressed that the agriculture ditch infrastructure is on private lands, but they often come out on federal lands, but ranchers foot the bill for repairs after disasters and have to maintain the ditches. “You all are astute — how do we put that funding in for existing infrastructure? If it was new I’d have a solution. We sat around the table after the Decker Fire and they said ‘Tim, we can’t help you’ [With] every catastrophic fire the infrastructure repair is breaking us.”

Another rancher raised the topic of ranchers who graze their cattle on public lands, but during drought, there are no allotments for drought impact. “They make us cull our herds, sell breed cattle for high country at a loss, and a quick turn-around. There is no augment for feed after the drought in the public lands. But ranchers grazing on private lands get to supplement instead of having to sell their cattle. The need, they said was insurance, especially for beginning farmers.

It was pointed out that conservation easements are written in perpetuity and no amendments are allowed. Not all conservation districts across Colorado are equal, with one of the biggest gaps being support for soil conservation districts.In the 2018 farm bill there was a grant opportunity –Increasing Land Capital Access (Title 12) for helping get under-resourced farmers to be able to access grazing lands. Bennet’s staff said they had gotten it funded and it will be in the upcoming Farm Bill.

“If you’re not dealing with it, you don’t see it, but there are 20,000 people in Chaffee County and about 8,600 households and of those about 1,100 households are on food assistance — so 15 percent of our population is getting food assistance,” said Felt. “This is a healthy amount. We do pretty well here, my understanding is that in the San Luis Valley as much as 24 percent I hear are on food assistance … I want to reiterate that it is really, really important… it’s three to four million dollars a year. My take on those programs are they are well administered and [food insecurity]is a huge hidden problem.”

While Felt pointed out that this is money going directly to families, he also said that the food assistance also amounted to a source of economic development, because the funds were coming into and being spent in the county, from local groceries to local food sheds. “My priority in my role is to make sure these kids aren’t going to bed hungry.”

Another meeting attendee pointed out that that money was also going into large multinational groceries and not really staying in the county. Instead, they said it could be better used if SNAP recipients could use their SNAP funds to go to local food stands and directly to ranchers. “We should be asking, “As a SNAP recipient how can I use my SNAP dollars to go to local food stands… how can we have free EDT machines online, to double up those food programs, and  keep those dollars not just with the local groceries. So if I’m a local farmer, a SNAP recipient can come to me and I can sell them my produce? We need a highway not a dirt road.”