Ahead of the Jan. 20 inauguration, the Federal Bureau of Investigation (FBI) today issued a nationwide bulletin warning of armed protests across all 50 states, including government administration buildings at all levels of government. 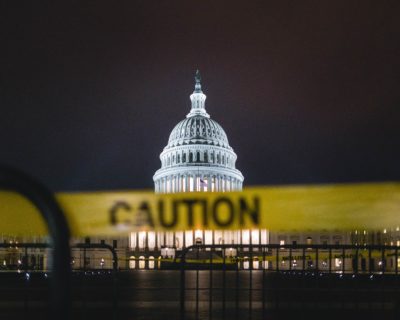 The warning, gathered from many law enforcement entities across the country, including one, as yet unnamed, right-wing militant group that is issuing threats for the timeframe Jan. 16 through at least Jan. 2o, Inauguration Day.

The same group, which the bulletin does not name, is demanding that courthouses and administrative buildings at all levels of government be stormed should President Trump be removed from office before the Jan. 20 inauguration of Joe Biden. This represents a direct threat to the Colorado State Capitol, as well as the county administration buildings of all 64 Colorado counties.

In the wake of the violent mob attack by Trump supporters and right-wing militia and patriot groups on on the legislative branch of the government Jan. 6, federal law enforcement Americans have been in shock over the attack. Nerves are on edge. The violence incited by President Donald Trump appears to have been intended to force our government to undo a free and fair democratic election because they believe the lies that there was voter fraud. All such claims have been disproven.

FBI Warns Of Armed Protests Across Country In New Bulletin

The National Park Service has banned tours into the Washington Monument through Jan. 24, citing “credible threats.” The ban will extend until at least Jan. 24, due to multiple group threats. The National Guard is reported to have been authorized to provide up to 15,000 members for securing President-elect Joe Biden’s inauguration.

Security experts are saying that the federal government appear to have been caught flat-footed by the Jan. 6 insurrection. There were no bulletins issued prior to last week’s violent mob, something that former Homeland Security officials say is an astounding breech of security.