Female and Male Gray Wolves Denning Together in Colorado 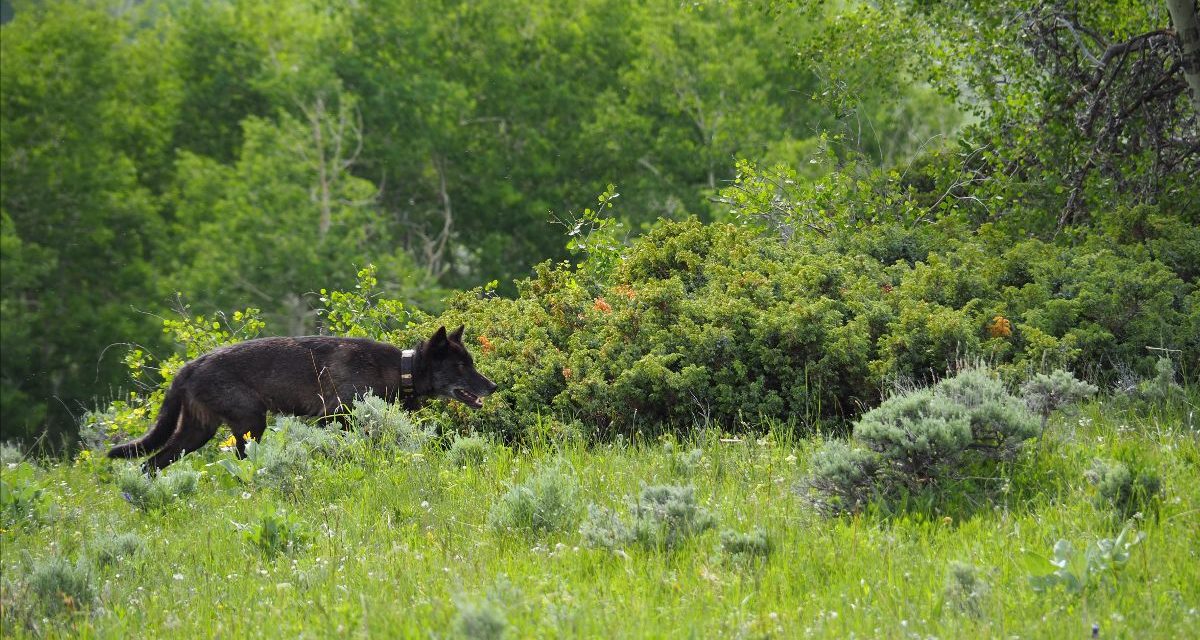 The reintroduction of gray wolves to Colorado was approved as a Colorado ballot question in the 2020 election, but it appears they were already here. A lone, charcoal-colored gray wolf has been traveling in a remote part of Colorado in Jackson County near the Wyoming border since 2019. This wolf was collared in Wyoming in 2017 and identified as a male (identified as M1084) from Wyoming’s Snake River Pack.

But Colorado Parks and Wildlife (CPW) staff noticed behavior changes in the monitoring data combined with genetic material testing that led them to conclude this free-ranging male was actually a female (now identified as F1084).

Now F1084 is shacked up with a confirmed male (M2101) and is exhibiting denning behavior. It is unclear whether the two wolves have reproduced or if they are just cohabitating as roommates. If there are, in fact, wolf pups that result, they would be the first known wild wolves born in Colorado in nearly 80 years since their eradication and extirpation from Colorado in the 1940s.

The wolves F1084 and M2101 came into Colorado naturally from Wyoming and are unrelated to Proposition 114. In 2020 Colorado voters narrowly approved Proposition 114 regarding the reintroduction of wolves to the Western Slope. Chaffee County voted resoundingly against reintroduction as did many of Colorado’s rural counties.

“Confirmation that we have a male and female pair of gray wolves and observing what may be denning behavior in the state is an interesting development as we begin our planning and implementation process for reintroducing gray wolves to the state,” said CPW Director Dan Prenzlow. The Colorado Parks and Wildlife Commission continues to grapple with the logistics and gathering public input for wolf reintroduction as shown in their February 24, 2021 meeting on wolf introduction.

Wolf sightings remain almost exclusively limited to northern Colorado as wolves travel down from Wyoming. There have been confirmed or probable wolf dispersals in Colorado in each of the last three years after only four in the previous 15 years dating back to 2004. All wolf sightings are investigated by the CPW. If you suspect you saw a wolf, CPW asks that you call your local CPW office and provide as much detail and evidence as possible.

CPW staff plan to install additional trail cameras and will monitor collar data to determine if there are additional wolves in the area. Gray wolves in Colorado are classified as a state endangered species and killing a wolf in Colorado is a crime.

To learn more about wolves in Colorado, visit the Frequently Asked Questions page on the CPW website.