Salida City Council held its first 2019 work session Monday at the Salida Fire Department and will continue to hold work sessions outside Council Chambers at various locations throughout the coming months.

The Sound Waves, a trio of Francie Bomer, Liz Riley and Jennifer Van Eps, performed an a cappella rendition of “Walking in a Winter Wonderland” to start the year on a harmonious note.

Salida Fire Chief Doug Bess then led a presentation about the Fire Department that featured the members of the department dressed for and describing the various roles they perform on the job.

Chief Bess also led a tour of the 107-year-old Fire Department building, sharing information and history. He pointed to an old, worn-out punching bag, noting that the famous boxing champ Jack Dempsey, aka The Manassa Mauler, had trained there.

The Salida Fire Dept. living quarters features the traditional fireman’s pole. A trophy case on the far wall displays a multitude of trophies won by the department in state competitions (photo by Joe Stone).

The upstairs room with the top end of the fire pole also houses an abundance of trophies that Bess said “the old-timers,” including Bess’ father, had won in state firefighting competitions. Having witnessed his dad competing, Bess said the competitions were a lot of fun but that they had not been held in recent years.

Highlights of the tour included the department’s restored 1911 Kissel fire engine and its ladder truck, which boasts a 70-foot-long ladder capable of reaching the top of every building in Salida, except for the top of the steeple of St. Joseph’s Catholic Church.

Following the Fire Department tour, Salida School District Superintendent David Blackburn spoke to council members about the district and the effects of growth on school resources.

He said the district has recently won two state awards but that maintaining that level of education will be a challenge with steadily increasing enrollment. “We had 300 high school students when the new high school opened; now we have 400 students … and the data projects continued growth.”

Blackburn said the school district will need significant increases in revenue as well as land in order to maintain current standards, including class size, in the face of increasing enrollment.

When Councilman Mike Bowers asked about monies from marijuana taxes, Blackburn said some of the money goes to fund the BEST program, which is used to build new schools and helped fund the district’s recent high school and elementary school construction projects.

He said the district receives other marijuana tax monies that the district has chosen to use for “retention payments for teachers.” Since those monies are received annually, they can’t be used to increase teacher salaries but can be used as a type of bonus to retain good teachers. 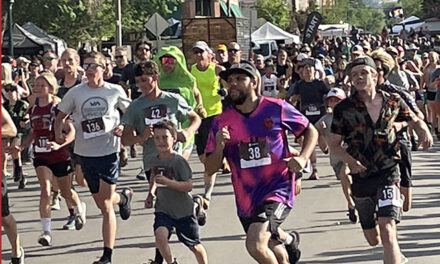 Hill Climb once again a test of guts and footwork 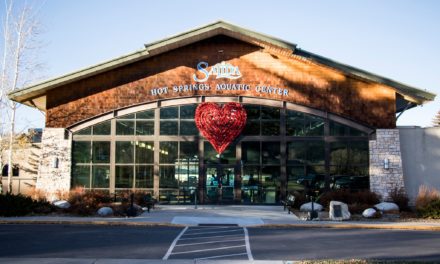 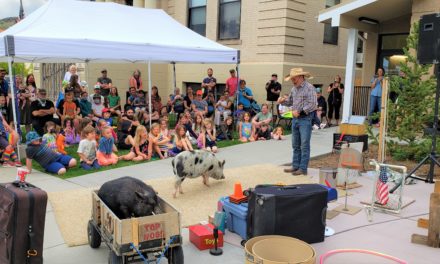 Summertime – and Summer Reading Programs are in Easy Reach