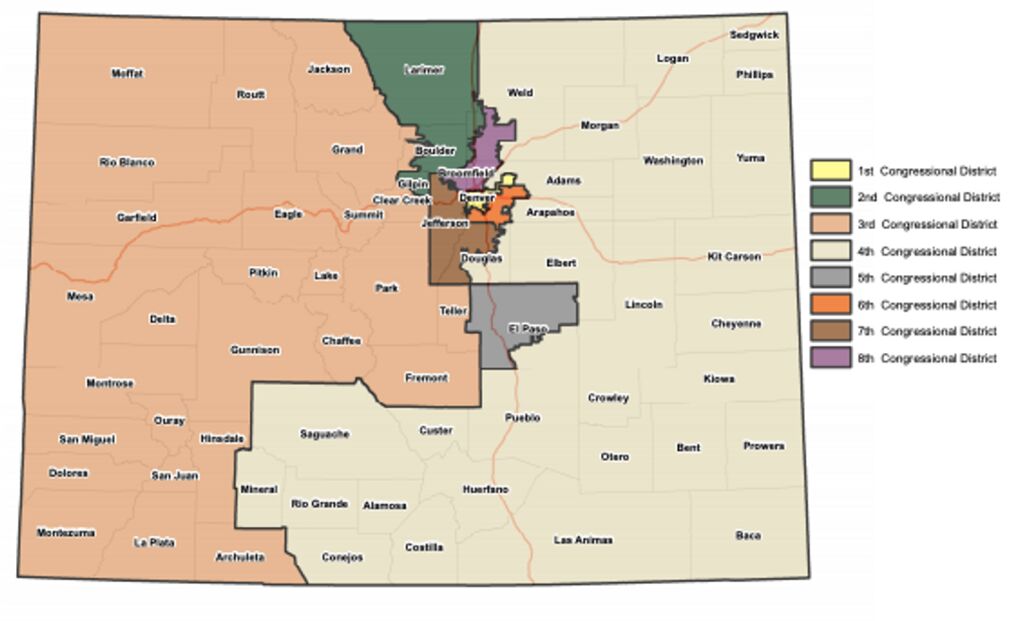 The first draft of the Colorado redistricting map is out, and many people aren’t happy about it. It redraws the congressional districts to add one new seat, with the new eighth district covering an area of rapid growth on the north end of the Denver Metro area, encompassing Westminster and stretching up to Milliken.

While advocates say that this initial draft reflects the increase in state population, the draft map has not been presented with the latest population distribution information. U.S. Census officials say that breakout will not be available until Aug. 16.

The map was presented by nonpartisan staffers of the Independent Congressional Redistricting Commission on Wednesday. The map drops Pueblo from the Third District and adds Chaffee County, as well as Fremont, Teller, Park, and Lake counties to a new District Three, a sprawling 27-county swath of rural landscape encompassing the Colorado central mountains and Western Slope.

The 3rd Congressional District is represented by Lauren Boebert, a Garfield County Republican. State Senator Kerry Donovan, a Democrat from Edwards, has already declared herself a candidate to oppose Boebert in the 2022 Congressional election.

The 7th Congressional District currently held by Democrat Ed Perlmutter would become a seat that favors Republicans by three points. If this draft were to be the final one, this would set up the possibility of a congressional delegation evenly split between Democrats and Republicans in a state that has swung sharply blue in recent elections.

Experienced election-watchers say that the first draft of a redistricting map is rarely the final one. Now the process of pubic input begins.