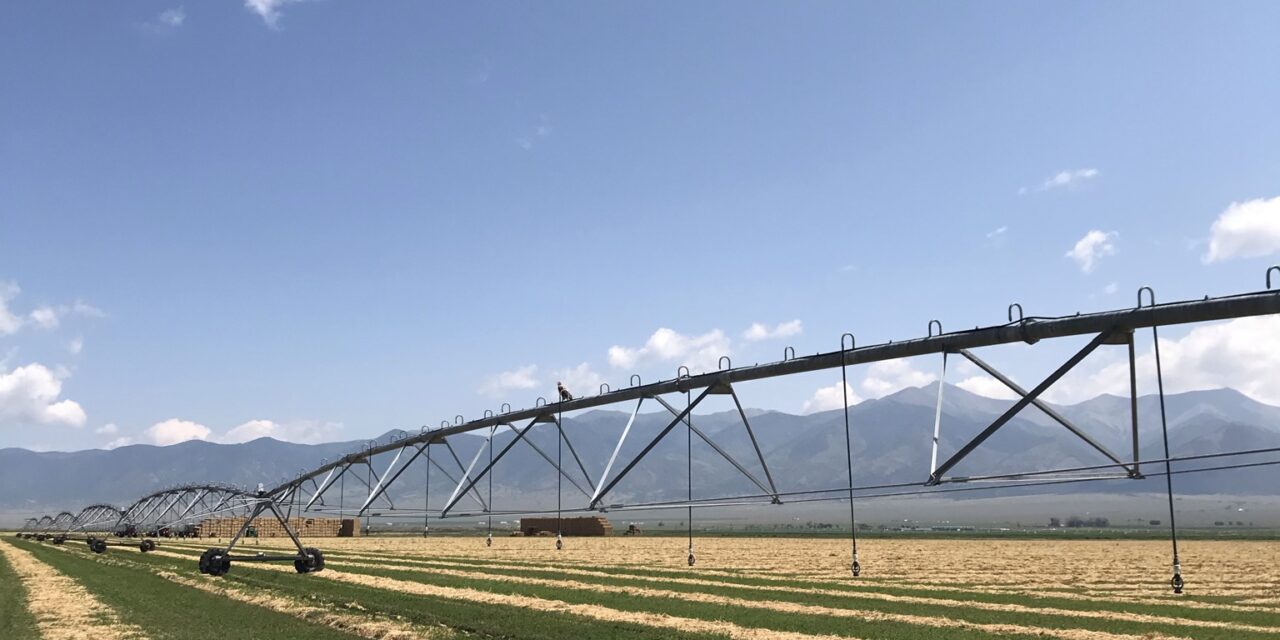 More than twenty years ago conservation easement work began to grow in the San Luis Valley largely with the establishment of the Rio Grande Headwaters Land Trust, which was formed primarily out of concern for the surface water provided by the Rio Grande and its tributaries. Now through this new application of a conservation easement on the Valley’s groundwater resources, the land trust community in the Valley is reinforcing its commitment to supporting the community in protecting its most precious resource: water.

Valley residents may be familiar with traditional conservation easements, in which a landowner voluntarily agrees to restrict the future development of their land and keep water rights in use for irrigation. This new development focuses on protection of of the groundwater itself.

Several years ago, Colorado Open Lands and the Rio Grande Headwaters Land Trust began to explore whether the conservation easement tool could be used to limit groundwater pumping. Irrigators across each subdistrict expressed interest in a tool that could provide a more flexible alternative to the Conservation Resource Enhancement Program (CREP); one that might allow them to continue farming or ranching with less water. 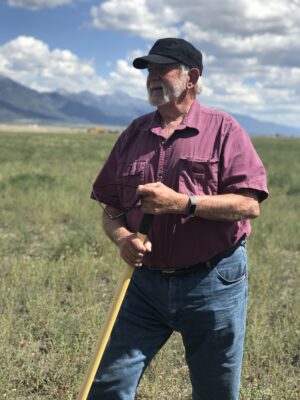 Colorado Open Lands was able to secure over $7 million in funding from the Colorado Water Conservation Board and the Natural Resources Conservation Service to fund groundwater-focused conservation easements, together with new management practices to support reduced water use.

For those who don’t know, Colorado Open Lands is a private, nonprofit land trust focused on enhancing Colorado’s quality of life by protecting its most treasured asset: open lands. Since 1981, often working with partners, COL has helped landowners conserve more than 650,000 acres – or 1,000 square miles – around the state. In 2015, COL adopted an ambitious strategic plan to help interested landowners protect a total of 800,000 acres across Colorado by 2025.

“I’m proud to share a groundbreaking idea to address water shortages in the San Luis Valley,” wrote COL Director of Communications Leslie Volkar about this first-in-the-nation groundwater protection solution. “Colorado Open Lands has worked in partnership with the local landowner to apply a conservation easement to his groundwater to help achieve aquifer sustainability in the Valley.”

Drying one Ranch to Save an Aquifer

Landowner Ron Bowman approached COL to explore how a groundwater conservation easement might work on the farm he owns with his wife, Gail. Ron said, “If by discontinuing irrigation on my farm, it means that my neighbors may be able to keep their multigenerational farms in their families, then it feels like the right thing to do.”

The conservation easement on Peachwood Farms is a critical step in a larger project. Subdistrict 4 was interested in purchasing a portion of the farm to use its water rights to replace stream depletions to San Luis Creek. Based on the amount of water needed for that purpose, the parties came to an innovative set of paired agreements.

Bowman would complete a conservation easement with COL to completely retire pumping on seven of his twelve wells and would restrict water rights for up to half of the decreed use on the remaining five wells. Subdistrict 4 would then purchase the entire farm, be responsible for revegetation, and can ultimately sell the land with the easement in place. The Subdistrict will retain the use of the five reduced well rights, together with some surface rights, to use for replacement of depletions.

This single project means that Subdistrict 4 approaches aquifer sustainability, benefits San Luis Creek, and protects the soil resources. COL has worked with the Subdistrict to develop a land transition plan, which will guide the revegetation of the farm over the next ten years. The plan is modeled after CREP, but allows for much more flexibility of irrigation amount and timing, to account for precipitation and wind conditions in any given year.

“We are used to keeping water rights in irrigation through conservation easements, so it feels wrong to intentionally dry a farm, but by drying this particular farm, we are ensuring that the other farms in the subdistrict are sustainable,” said COL Director of Conservation, Sarah Parmar. “We ensure that this groundwater stays in the aquifer and out of the hands of anyone who might want to try to move it outside of the basin.”

While this conservation easement means that Peachwood Farms will cease all irrigation on seven circles, the original idea of the partners was to pursue projects that reduce groundwater pumping, but allow farms to stay in operation while using less water. Unlike CREP or Subdistrict 1’s well purchase program, a farmer or rancher could agree to reduce their pumping by a certain amount. While the reduction would be permanent, COL would not dictate how the farmer achieves that reduction – it could be through rotational fallowing, a reduced water crop, deficit irrigation, or some other means.

The conservation easement value is determined through an appraisal process, which would determine the fair market value of land with irrigation and may compare it to sales of farms and ranches that are water-short. An appraiser may also look at the lost future revenue potential based on reduced pumping. Colorado Open Lands would hold the restricted portion of the water rights for storage in the aquifer, so these rights would not be abandoned or available for another irrigator to pump.

Parmar added, “our hope is to work with landowners across subdistricts to avoid the state stepping in to shut off wells. I am continually amazed by the willingness of farmers and ranchers to step up to the challenge and grateful to work with irrigators like Ron Bowman, who want to be part of the solution.”

The Colorado Water Conservation Board and the Gates Family Foundation were funding partners on the project. Funds from the Natural Resources Conservation Service will be used to support the revegetation of the farm.

Representatives of Colorado Open Lands say that they hope to do more groundwater conservation easements and plan to host informational community dinners over the winter. Interested landowners are welcome to call Sally Wier at 719.480.8471.