On Wednesday, Governor Jared Polis announced the panel that will review applications and is charged with recommending finalists to the Governor for the appointment as District Attorney to the 12th Judicial District. The July 14 resignation of the San Luis Valley District Attorney Alonzo Payne was announced ahead of a recall election. 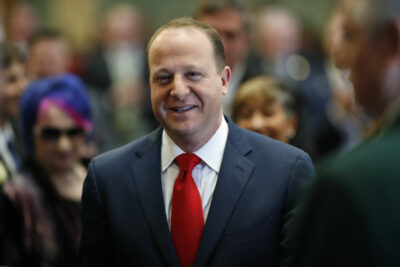 Colorado Governor Jared Polis enters the House of Representatives chamber to make his first State of the State address to a joint session of the Colorado Legislature Thursday, Jan. 10, 2019, in Denver. (AP Photo/David Zalubowski)

The Governor has instructed the panel to present him with at least two and hopefully three qualified finalists for the position for his consideration. The application process will remain open until qualified candidates are found. Interviews will begin next month.

Those interested should submit resumes and cover letters to: gov_officeofboardsandcommissions@state.co.us