Grim U.N. forecast on climate change a warning for the Rocky Mountains

It might be nearly winter, but experts say we are dealing with the effects of a warming world. That is the word from the 2018 United Nations Climate Report, the fifth such report prepared by the worlds top climate scientists. Our world is warming, and the impact of the changes occurring around the globe will be felt sooner and with more impact at higher elevations and at sea level. It does not mean good things if you’re an alpine pika, a high alpine flower, or for that matter, an alligator in the Everglades, or a resident of the Marshall Islands. Nor does it means good things for average mountain residents. 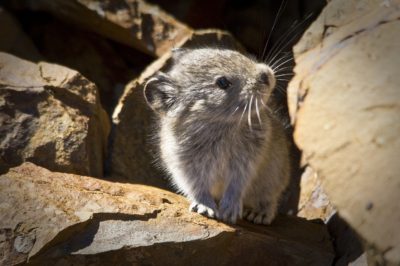 Alpine Pikas are among the species whose habitat is being impacted by climate change at higher altitudes. Courtesy Photo.

In their U.N. Report, the United Nations’ Intergovernmental Panel on Climate Change (IPCC) warns that the impact of weather events is already apparent around the globe. They point out that the result could be displacement of millions of people, as well as a contributing factor in destabilizing peoples and governments.

This panel, comprised of some of the world’s top climate scientists, concluded that global warming is likely to reach dangerous levels unless new technologies are developed to remove greenhouse gases from the atmosphere. To prevent that from happening, say scientists, would require a 40 to 50 percent reduction in emissions by 2030 (global emissions are currently rising). It would mean a carbon-neutral world; one with no net additional greenhouse gases in the atmosphere, by 2050.

The earth just had its second warmest fall, Sept. to Nov., on record; just one example of the global temperature records being regularly set by earth. (Source: NOAA Accuweather)

According to NASA, (https://climate.nasa.gov/effects/) the earth’s average temperature has increased about 2 degrees Fahrenheit during the 20th century. Two degrees doesn’t sound like a lot, unless you realize that at the end of the last ice age, when the Northeast United States was covered more than 3,000 feet deep of ice, average temperatures were only 5 to 9 degrees cooler than today. Their warning: small changes in temperature correspond to enormous changes in the environment.

The earth’s temperature is on pace to rise more than 1.5 degrees Celsius (2.7 degrees F) above pre-industrial temperatures by 2050. To look at where the impacts would be most felt, go to: https://climate.nasa.gov/interactives/climate-time-machine.

Sea levels are rising: arctic sea ice is melting, impacting the edges of continents with impacts from South Beach to the Jersey Shore, as well as island nations like the Marshall Islands, which are already loosing ground to the sea. (http://www.climatechangenews.com/2018/06/22/graphics-marshall-islands-sea-level-rise-brought-eu-ministers-tears/)

High altitude areas are projected to experience major impacts: As average temperatures rise, mountain glaciers are retreating, the treeline is migrating upwards, and native alpine species are moving up-slope, being replaced by invasive species from lower elevations. Alpine ecosystems are found all over the world, but account for only three percent of the earth’s land surface. They are distinguished by poor nutrient soils, harsh winter conditions and low temperatures, as well as highly adaptable species found no where else on earth.

According to the World Meteorological organization, if humanity’s greenhouse gas emissions continue to increase, the average temperature of the Earth’s lower atmosphere could rise more than 4°C (7.2°F) by the end of the 21st century. But what does a rise in the global average temperature really mean? How would we experience it on a daily basis?

The World Meteorological Organization has envisioned what a U.S. weather report could look like for the year 2050, if we continue on the path we are on: https://www.youtube.com/watch?v=65ScX7kNR_g&t=0s&list=PLNaX-uTWSWrHU3ADBXLCwSs13IqF2gTIm&index=107

(For an example of the WMO 2050 sample forecasts for other countries around the world, scroll through the links at the right side of the web page.)

The United Nations’ Intergovernmental Panel on Climate Change (IPCC) says pledges made in Paris in 2015, from the world’s governments to reduce greenhouse gases, aren’t enough to keep global warming from rising more than 1.5 degrees Celsius (2.7 degrees F) above pre-industrial temperatures. The recent pull-out by the U.S. from the Paris Accord, further weakens the commitment that experts say is needed to save our planet. That it is, in fact, still possible to save, appears scientifically possible.

“Limiting warming to 1.5 C is possible within the laws of chemistry and physics,” says Jim Skea of Imperial College London, one of the authors of the report, “but doing so would require unprecedented changes.”