It’s January, after a heavy snowfall during December and so far this month. This means a heightened avalanche danger all across the Colorado backcountry.

The state has had four recent deaths from avalanches in just the past three weeks. Nine people have been caught in slides since the start of the ski season. 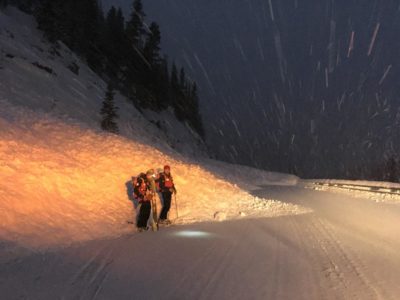 The recent heavy snow on top of a weak base has created extremely dangerous conditions, where the top layers of recent snow can give way with no warning. In fact, the Colorado Avalanche Information Center (CAIC) Director Ethan Greene issued a warning late last week, that conditions in the backcountry are extremely dangerous and requested those venturing there to be “extra cautious.”

The CAIC has the stats to back up their warning: there have been 973 recorded avalanches in the past 30 days. Of those, 112 were unintentionally triggered by humans who ventured into the wrong spot, at the wrong time.

The Colorado Department of Transportation (CDOT) takes avalanche control seriously. It regularly monitors and controls  278 of the 522 known avalanche slide paths to help keep Colorado’s roadways safe. When there is a high risk of avalanche danger, CDOT will close highways at the location of the avalanche path to conduct avalanche control, clearing unstable snow from the mountainside above the road. Chaffee County residents frequently experience this on U.S. 50 over Monarch Pass, and last year was a record for CDOT closures of the I-70 corridor and the approach roadways.

For current road and weather information and updates on avalanche control work by CDOT, motorists can visit COtrip.org or call 511.

With much of our winter recreation season ahead of us, and a storm heading into the central Colorado Rockies this week, Greene says he wants his warning to be taken seriously.

“We’ve seen more avalanches this year than we do in a typical year, and recently they’ve gotten much bigger,” wrote Greene. “We need everyone headed into the backcountry to plan their trip carefully and make sure they avoid avalanche hazards. We need to stop this deadly trend.”