October is Domestic Violence Awareness Month, and as a victim advocate, I am calling for the community to support all survivors of domestic violence and sexual assault. The National Resource Center for Domestic Violence reports that, on average, 24 people per minute are victims of rape, physical violence or stalking by an intimate partner in the United States. Over the course of a year, that equals more than 12 million women and men. 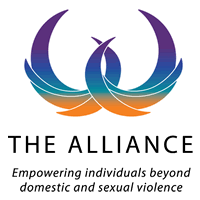 In 2014, statistics documented by the National Coalition Against Domestic Violence found that there were 16,700 domestic violence offenses filed in Colorado. More than 80 percent of women who experienced rape, stalking or physical violence by a partner report serious impact such as symptoms of Post-Traumatic Stress Disorder (PTSD). In addition, almost half of all murders in Colorado are committed by an intimate partner. The vast majority of these victims are female.

There were 25 Coloradans were killed last year by former or current intimate partners, and almost 70 percent of the victims were killed by gunshot.  A woman is more likely to be killed by a spouse or an intimate acquaintance than by a stranger.

In October, I encourage you to wear or display purple to raise awareness, show your solidarity with survivors and their families, and take a stand against domestic violence. You can also show solidarity by attending the Candlelight Vigil on Friday, Oct. 11, from 4:30 to 7 p.m.on the corner of F and 1st Street. In addition to a candle ceremony, there will be a live drummer experience, chili, hot cocoa and cider.

Domestic violence knows no barriers — it doesn’t discriminate against ethnicity, income or geography. Survivors often hide the truth from family, friends or co-workers. There is no reason to hide. If you’re a survivor, you can escape domestic violence. There are many available resources for those needing help. The first step is to stop hiding. Silence Hides Violence.

Editor’s note: This is the second in a series of guest articles about domestic violence.