When journalism’s only demigod, Hunter S. Thompson, went looking for the American dream, it was a journey wrought with irony. There was, it would seem, no real American dream, only a perception based upon learned experience, forged in the fires of individualism and privilege.

Sure, there have been those who have climbed their way above the fray, making something out of nothing, but those are exceptions to the rule. The rest of us, well we shout and gnash our teeth and protest. When people have had enough, and see the American dream slipping through their fingers, they take to the streets – even in a small place like Elizabeth City, North Carolina. 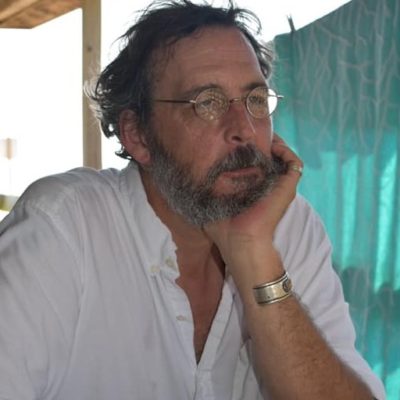 No one really knows what Andrew Brown Jr.’s vision of the American dream might have been. And now he won’t have a chance to tell you, me, his family, friends, seven children. He was fatally shot by a law enforcement officer.

We don’t know, yet, what the details that led to his death might have been, even after a week, but there are plenty of rumors and scant facts. The facts are, according to a press conference held by Pasquotank County Sheriff Tommy Wooten on April 21, that deputies went to serve a warrant and a deputy shot him.

Why the deputy shot Brown is up to speculation at this point. Because Sheriff Wooten brought in the State Bureau of Investigation to unpack this tragedy, he isn’t talking about the details. It’s an ongoing investigation, he said, and, yes, there is a body cam video, but the family has only seen 20 seconds of it.

The rumors have been numerous, but we now know that Brown was unarmed with his hands upon the steering wheel when he was shot by deputies. A bullet to the back of his head ended his life. Why he was shot, well that is still left up to speculation because 20 seconds of video is not enough to know the entire story. In early May, the family will be allowed to view the entire length of the video, but only after the faces of the officers involved are scrubbed from the footage.

Right now, one week later, people have taken to the streets consistently each day and night. They are mad. They are tired. They are afraid. Black Americans are being gunned down needlessly by law enforcement at alarming rates. No sooner was a guilty verdict handed down against George Floyd’s killer one day, than another Black man became the victim of what appears to have been a needless use of force.

In the streets of Elizabeth City Wednesday night, April 21, residents black and white protested another killing – Brown’s killing. Men and women cried, shouted, gnashed their teeth, and chanted, “No justice, no peace!” And each night, their numbers grow, and the tension rises in this small, coastal town.

These men and women might have, at one time or another, believed in an American dream, but it would seem that it has been shot out from under them. So, they are angry and tired, and they have taken to the streets.

They wouldn’t know that it is an intangible thing; an almost mythic being that seems to slip through so many fingers. But they keep trying for it, asking for a chance, and looking for that change that would even the playing field for so many. And perhaps they will find it one day. Perhaps one day people won’t have to take to the streets to be heard. But this isn’t that day.

Today, in Elizabeth City, is Andrew Brown’s day. He may have done something that called for a warrant for his arrest, we don’t know that yet. But what we do know, is that he and so many others did not deserve to die.