On Monday, Ark Valley Voice begins a three-part series on guns in America, written by our Justice Specialist Stephen Hall. We do this not to glorify guns, but to add western context to the debate raging in this country about gun control. Those who wish to weigh in should at least understand the role of guns in the rural west, the differences among types of firearms, their uses, and how those who live in places such as the rural west and the northern states view the possession and use of guns.

Hall is uniquely qualified to present our “Guns and the Gun Debate” series. He was born and grew up in Chaffee County, holds a degree in criminal justice, served in Iraq as a Marine and for the U.S. Border Patrol in Texas, and is a former trooper of the Colorado State Patrol. 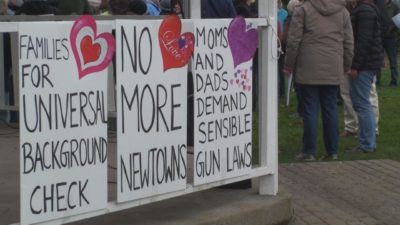 An informed public can take personal positions on the key questions we face – how much gun violence is enough to cause a substantive change in United States gun laws and what changes might best stem the rising tide of violence by increasingly ideological extremists?

What is true is that gun violence in America is endemic, heartbreaking, terrifying and increasing: from Sandy Hook to Parkland, to Las Vegas, El Paso, Gilroy and Dayton, to the gun violence situations in metro Denver this spring that saw the closure of 58 school districts and an attack in May on a charter school in Highlands Ranch. The country has been gut-punched for years by increasingly violent attacks, and now by increasingly extremist shooters.

Much of what has occurred recently has been identified for what it is — domestic terrorism. No public place is immune — from schools, movie theaters, and shopping malls, to town squares and garlic festivals, shooters with a variety of motives and violent stances, have made us feel unsafe in our own communities. But behind the scenes, lurk situations related to family violence and mental health.

This weekend, more than 100 rallies supporting gun law reform are taking place across all 50 states, organized by Everytown for Gun Safety and Moms Demand Action for Gun Sense in America.

The Washington Post  reported that a Fox News poll of Trump supporters after the El Paso and Dayton shootings showed that a significant majority (77 percent) of Trump voters appear to support the two most likely gun control measures: expanded universal background checks to make them for all gun buyers rather than just federally licensed gun dealers, and red-flag laws.

Against this backdrop, A Gallop Poll tracking gun ownership (of any kind) reported last year that gun ownership, which stood at 51 percent of Americans in 1994, by 2018 had fallen to 43 percent.

We invite you to join the conversation. To follow the Monday-Wednesday-Friday series; go to www.arkvalleyvoice.com

To read all the articles on Guns and the Gun Debate: