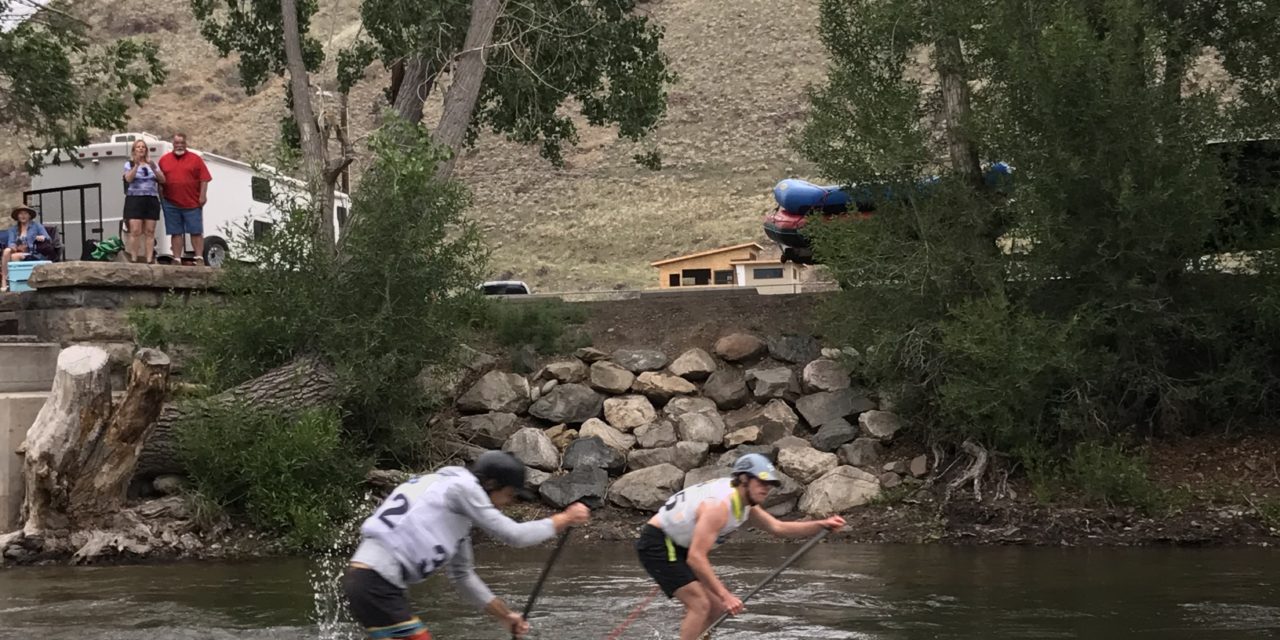 It was a Harvey family showcase at the Stand-Up Paddle (SUP) dual slalom event. Chloe Harvey, 17, a Junior at Salida High School won the women’s division. While Miles Harvey, 19, won the men’s division. 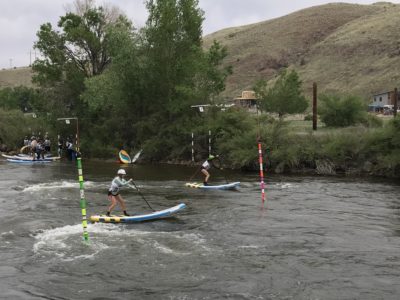 Chloe Harvey (right) navigates the pink course on her way to victory.

The Harvey’s demonstrated strong paddling, good balance, and plenty of focus as they navigated the Arkansas River around obstacles, gates, and straight through boat ramp hole. The racers each had two preliminary runs and two final runs on the course – alternating between slightly different routes through pink and green gates on opposite sides of the river.

The dual slalom was the first of three events in the self-proclaimed, self-anointed Colorado State Championships for SUP.

The championship status may be technically unofficial. But, with the events being held at the oldest whitewater festival in the country where both winners were Salida locals and many of the competitors raced on boards from the Salida-based SUP company Badfish – no one in the large crowd was going to dispute the claim.

While the Harvey’s showed out in the competition on Friday night another family tradition continued. 2019 SUP State Champion, Spencer Lacy, 29 of Boulder, took third in the dual slalom. Lacy has competed in FIBArk events since he was a child, missing the competition only once.

While Lacy has over 20 years of experience, his father has been coming for 47 years and his grandfather competed in the famed downriver race in 1950. For the younger Lacy the legacy was important. “It means everything to me. It’s the best weekend of the year. I’ve come every year since I was eight and Salida is a second home to me.”

To win the SUP Championship, competitors will also need to fare well in Saturday’s “Skills for Billz” event at 11:00 a.m. and Sunday’s downriver race from Stone Bridge to Salida Whitewater Park starting at 9:40 a.m. See the complete schedule at http://www.fibark.com/schedule/.