After the regular Heart of the Rockies Regional Medical Center board meeting Tuesday and following an executive session, the hospital district revealed it may have been in violation of the Taxpayer Bill of Rights (TABOR) regulations over the past several years regarding setting the district public tax mill levy.

Also significantly, property taxpayers will be owed as-yet-to-be-determined refunds for a timeframe going back four years. 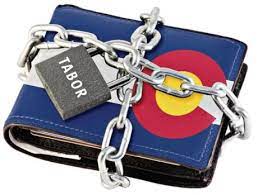 The upshot from the surprise announcement is, as the press release from board chairman Jeff Post states; “that the District has been collecting property taxes that were in excess of the amount allowed by TABOR, with the lowest property tax levy occurring in 2001. Any increase in mill levy rates after that year were not in compliance with TABOR.”

The press release, issued after the board meeting, said in November, it was brought to the attention of District Chief Financial Officer Lesley Fagerberg that setting the public tax mill levy may have been in violation of TABOR.

Fagerberg’s internal investigation showed since 1963, when a hospital district was authorized under state law to impose a maximum of two mills for operations. In 1987, that law was changed to remove the cap of two mills, but also required voter approval to exceed the cap. While the district continued imposing an operating levy under two mills, the district never held an election on increasing the mill levy.

TABOR, approved by voters in 1992, requires voter approval for any tax increase, along with setting revenue and spending limits.

The press release states; “The mill levy the District imposed in 1992 for collection in 1993 should have been the District’s new mill levy limit, but the District continued its past practice of imposing a mill levy for operating purposes that did not exceed two mills.”

“Under a different state law,” the release continues, “a District’s property tax revenue cannot increase by more than 5.5 percent from the prior year. With this limit in mind (which limit was in place prior to TABOR), the District adjusted the mill levy up and down (but never exceeding two mills) to maximize property tax revenue.”

The issue, according to the press release, is that property tax mill levies, once decreased, cannot be increased again without voter approval. But regarding this specific requirement, the hospital district apparently did not request an election.

The release states that as a result of the investigation, it’s evident the District has been collecting property taxes in excess of the amount allowed by TABOR.

Since the lowest property tax levy occurred in 2001, any increase in mill levy rates after that were in violation of TABOR, under which tax revenues collected above what is authorized are required to be returned to property taxpayers.

The release also notes that under TABOR; “…tax revenues collected above what is authorized are required to be returned to property taxpayers, but the liability is limited to the prior four years.”

The HRRMC Board notes that the district continues to collect information and consult with legal counsel on options and constraints under TABOR.

“Any property taxpayer who owns property within the District as of January 1, 2023 will be issued a refund based on amounts determined to be owing under TABOR.”

“As this was just discovered,” the release states, “the District is working internally and with its auditor to determine the exact amount of the over-collection. As soon as that amount is known it will be communicated to the public.” 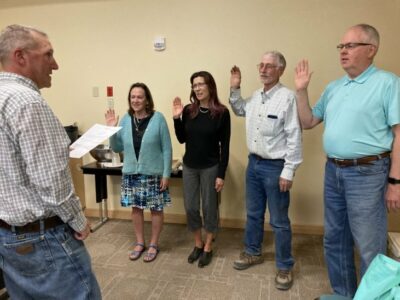 There are many questions still unanswered, and the HRRMC board press release points out that the District “does not have all the answers today,” and that the investigation will take time, but it wanted to ensure District residents and taxpayers realize the District’s “desire for transparency and to communicate information fully and factually.”