House Proceeds to Articles of Impeachment; Pelosi says “Our Democracy is at Stake”

While many believe the soul of the Republican party to be disappearing as the impeachment inquiry into President Donald Trump proceeds, the Democratic party appears focused on the security of our nation. During an early Thursday morning, Dec. 5 press conference, House Speaker Nancy Pelosi announced “a solemn decision” to request that the House Judicial Committee proceed to draw up articles of impeachment. She reminded Americans that “Lawmakers have no choice but to act.”

As Republicans continue to support the increasingly bizarre claims made by Trump that he is being treated unfairly, and that the entire thing is “a witch hunt,” their objections do not focus on facts, or witnesses, but on complaints related to the process. These include a demand to publicly interview “the whistle blower”, whose initial complaint sparked the investigation, but whose revelations have been 100 percent corroborated by the witnesses who testified. 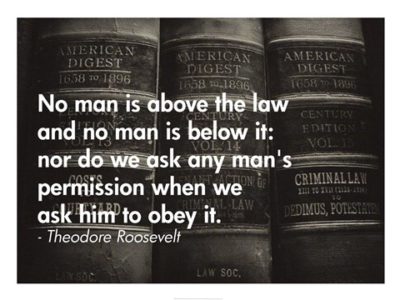 Republican party members are following Trump’s lead, continuing to peddle a false narrative that it was Ukraine, not Russia, that interfered in the 2016 U.S. elections. They repeat this even though 17 U.S.intelligence agencies as well as many of our allies’ intelligence agencies overwhelming concluded that Russia did the 2016 meddling.

In fact, Trump’s own Russian Policy expert Fiona Hill, warned that pushing these false narratives only furthers Russian propaganda. The conspiracy theories that are being mouthed by Republicans, are evidence that Russia is already meddling in the 2020 election and their repetition is inviting them to do so.

“His wrongdoing strikes at the very heart of our Constitution. Our democracy is what is at stake,” said Pelosi. “The facts are uncontested. The president abused his power for his own personal political benefit at the expense of our national security.”

The founders of our country, having recently fought a war to free themselves from the tyranny of a king, rightly feared abuse of power by leaders. Article I of the United States Constitution says that the President, Vice President and all civil Officers of the United States, “shall be removed from Office on Impeachment for, and conviction of, Treason, Bribery, or other high Crimes and Misdemeanors”. Treason is only applicable if the country is at war. What constitutes “High crimes and misdemeanors” is left up to Congress to describe. Bribery is simple: the offering of something of value to influence the actions, judgement or conduct of a person holding a public or legal duty.

Months ago, Trump on camera said that constitutional powers he has means that “I can do anything I want.”

The impeachment inquiry recently completed by the United States House of Representatives Intelligence Committee featured the factual testimony of 12 witnesses; most career foreign service officers and public service members. The committee made 71 requests for documents from the executive branch. Every single one of which was denied. Such stonewalling by one of the three co-equal branches of the United State government is unprecedented in the history of our nation. The report of their findings is available here.

Pelosi reminded the America people that the constitution ensures that “no one is above the law,” which includes the country’s executive branch.

Shortly after the announcement by Pelosi, the House Judiciary Committee announced a Monday hearing to present evidence obtained in the Intelligence Committee’s Ukraine investigation.