Editor’s Note: This is Part III in a three-part series about the processes of the U.S. Criminal Justice System. Part I – Part II – Part III

The workings of the United States Criminal Justice System can seem foreign and confusing to most people. But understanding how the justice system works is something citizens should understand.

Our criminal justice system is based on the presumption of innocence. According to the Cornell Law Office’s Legal Information Institute, “One of the most sacred principles in the American criminal justice system, holds that a defendant is innocent until proven guilty. In other words, the prosecution must prove, beyond a reasonable doubt, each essential element of the crime charged.” 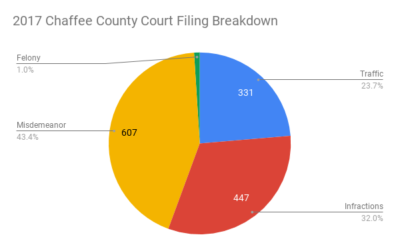 This final article deals with the most serious path in the court system, felonies. In this path, the full formality of the criminal court process comes into play. The same general steps, such as advisements and adjudication, take place in felonies as discussed previously. In this path, there are certain benchmarks that must be met by the prosecution in order to ensure the defendant is guaranteed all rights afforded by law. This process always starts with either an arrest or formal charges being filed followed by an arrest.

As discussed in previous articles, this is the first appearance before a judge where your rights are explained and the charges against you are presented. You will be given a chance to enter a guilty/not guilty plea and the judge will also assign an attorney if needed and set a bond. As before, if you choose to plead guilty, the process becomes more streamlined and you will progress through it much faster.

Depending on how you plead, the next phase is plea bargaining, where both attorneys discuss possible pleadings in exchange for certain charges being reduced or taken away. Plea bargaining can be done with or without a guilty plea at your arraignment, but usually begins with a not guilty plea. Again, it is important that you stay engaged during this phase and understand what is being offered and what you are pleading to on each charge. 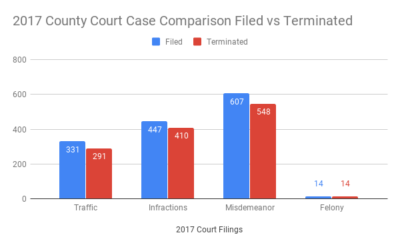 If plea bargaining is not entered into or breaks down, the case proceeds to a preliminary hearing. This is also known as a “show cause” hearing, and in felony Colorado cases, the defendant must be present. At this hearing, the prosecution must show good cause and/or that enough supporting evidence exists for the charges against the defendant.

If the judge believes there is sufficient evidence to support the charges against you, you will move on to pretrial motions which were discussed in the previous article, then on to trial. Do not forget that a polite and respectful demeanor, along with a professional appearance, is very important throughout these steps.

No matter which part of the court process you are involved, patience, understanding and trust in the system is paramount. The American Justice System may be cumbersome and slow at times, but the process does work. However, it is important to stay informed and aware throughout the process, because heavy caseloads and lack of personnel can easily overshadow your case. It has been said that the best advice is to understand that you are your own best advocate.