Another honor has been bestowed on a Chaffee County community leader, as the Chairman of the Board of the Heart of the Rockies Regional Medical Center Debbie Farrell, has been appointed to the American Hospital Association Committee of Governance. Farrell, one of five directors who currently serve on the Salida hospital’s publicly elected board, will serve a three-year term on the national level beginning in 2019 and continuing through 2021. 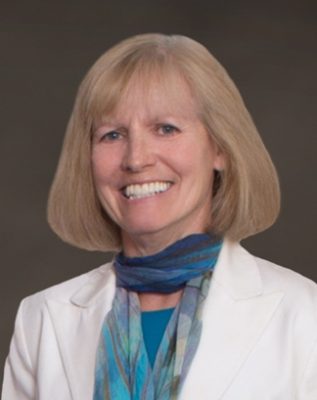 AHA is the national organization that represents all types of hospitals, health care networks and serves their patients and communities. It focuses on public policy and provides information about health care and health administration.

“Being able to have more insight into that environment at a federal level through my involvement with the Governance Committee of the American Hospital Association is an exciting opportunity that I think will enable me to be a better board member for our hospital,” said Farrell. She said she also hopes to strengthen the voice of rural hospitals as it relates to policies that would have an impact locally.

According to the appointment letter, in her new role Farrell will participate in effective trustee involvement including grassroots advocacy. she’ll provide input into AHA’s policy development, and enhance health care organization communication with, and involvement of, trustees in the AHA. She already serves on the board of trustees of the Colorado Hospital Association. In that role, she says “I’ve learned a lot about the challenges hospitals face and the regulatory and legal environment at the state level through being on the CHA board.

CHA President and CEO Steven Summer said that his organization is grateful for Farrell’s continued work on behalf of the state’s hospitals and health systems. He said he appreciates her willingness to also participate on a national level.