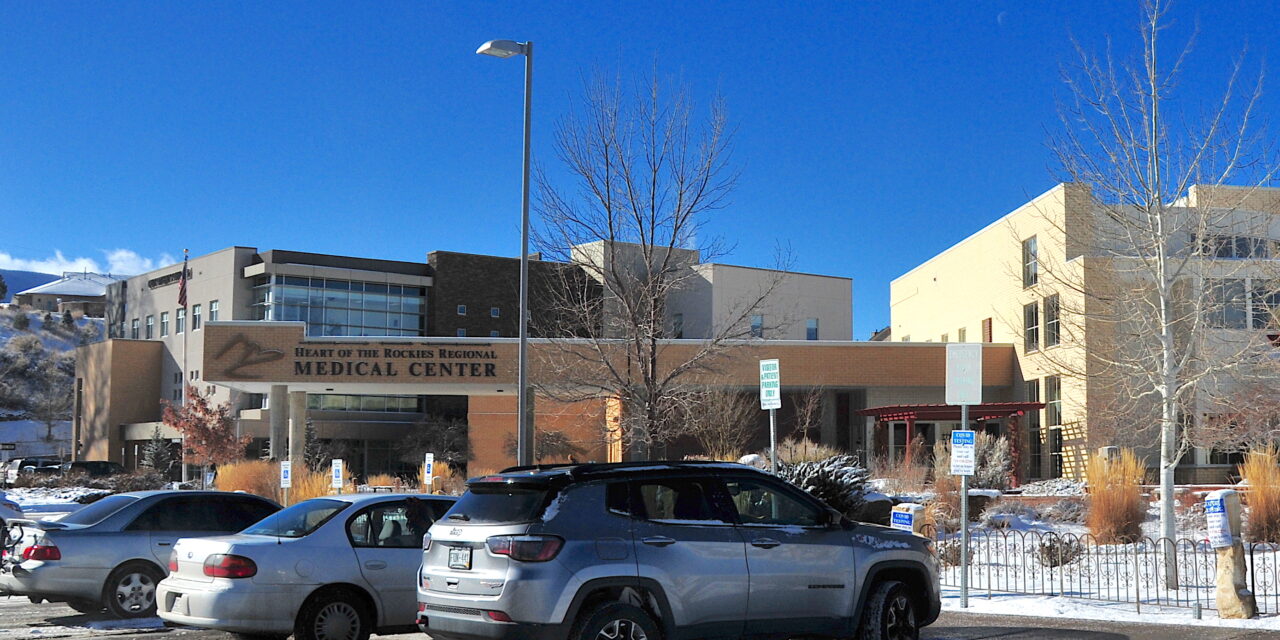 The Board of Directors of the Heart of the Rockies Regional Medical Center Tuesday voted to replace its problematic steam boiler system on an as-soon-as-possible basis.

The current boiler was installed when the hospital was built and opened in 2008. It has failed several times, including in January, 2022, and again this month, resulting in a severe impact to the hospital surgery schedule – including multiple case cancellations and the resulting impact on surgeon and nurse productivity.

CEO Bob Morasko had said some time ago he hoped repairs could avoid interruption of critical surgery services. Steam from the boiler is used for sterilization and humidification in surgery.

In January of last year, the board first received reports that the single boiler had leaked, reportedly due to incorrect PVC outflow piping used in the installation, instead of the standard metal piping for hot outflow.

At that time, Facilities and Strategic Planning Committee head Tom Eve reported that as a result of leakage and floor tilt, the boiler was two degrees ‘out of plumb.’

At the time, board chair Debbie Farrell commented, “It’s a mess.”

The present boiler was also repaired in 2013 at a cost of $24,000 but is considered no longer reliable. Parts to keep the current system operating, such as a pump are currently on order.

Lead time for delivery of two replacement tandem boilers for system redundancy is expected to be at least three months, so the board deemed quick approval of the project imperative. There is apparently only one source for boilers that fit the current space constraints and specifications.

Olson Plumbing and Heating, a trusted local vendor, is assisting in keeping the present unit running and could be the winning bidder, though one more bid has been requested from another firm, U.S. Engineering.

The old boiler will be removed and a temporary unit installed to be used during the installation work on the two new boilers. Eve indicated that work will not begin until perhaps April or May this year. Board chair Debbie Farrell said that timeframe will run the risk of further issues with the current unit. There currently is no estimate as to how long the replacement work might require.

In other capital purchase moves, the board agreed to buy a replacement dishwasher for a broken unit no longer in production and for which replacement parts could take up to six months. Currently, it was stated, paper and plasticware is being used in all areas and cooking instruments are being washed by hand, causing workflow disruptions and extra hours for the manual process.

Also approved was the purchase of 54 Hewlett-Packard ProBook laptop computers from MicroAge for just over $52,000 to replace older models in the field that are near or past end-of-life.

The board also approved a remodel of the dermatology clinic on the third floor of the Outpatient Pavilion for a dermatologist joining HRRMC at the end of June. Including equipment, the project will cost more than $151,000.

Additionally, the board approved a remodel of the Highway 50 medical building to accommodate the HRRMC Foundation Director, who will have to move from the hospital administrative suite because of the planned addition of a vice president to the leadership team at HRRMC. Cost was pegged at just over $13,000.