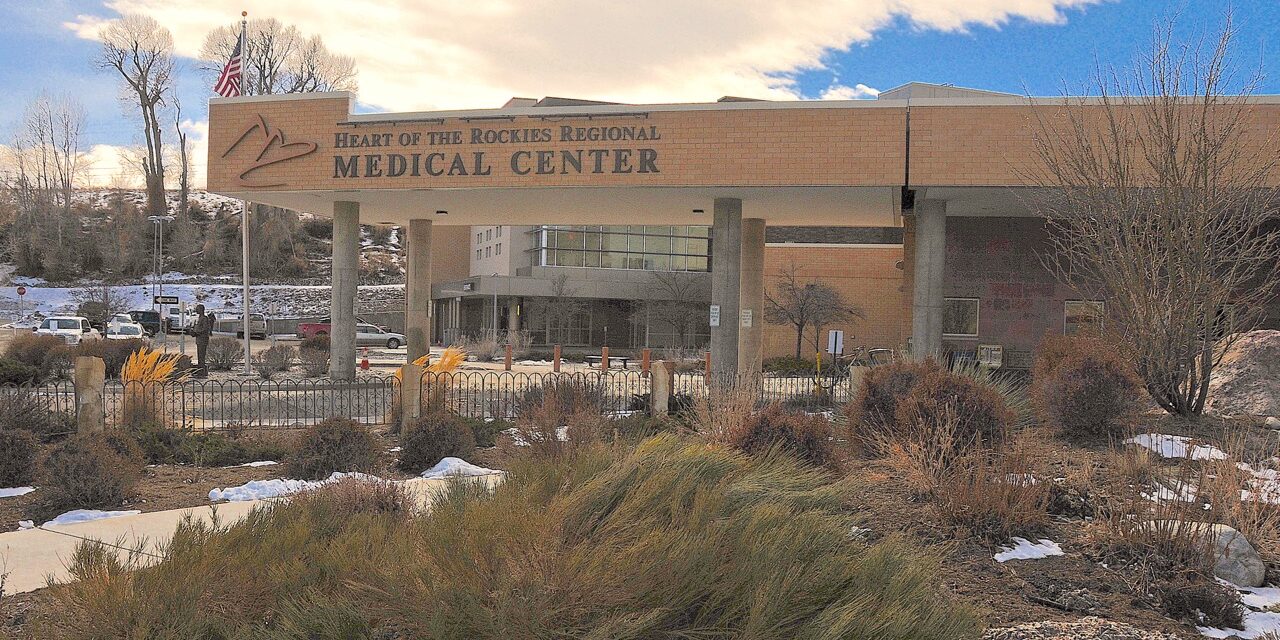 The Heart of the Rockies Regional Medical Center (HRRMC) Board received a detailed financial audit for 2020 and 2021 during its Tuesday board session; the report showed continued recovery from the ravages of two years of COVID pandemic.

The board reviewed the audit done by Tammy Rivera and Grant Smith, BKD/LLP of Colorado Springs.

In her presentation, Rivera cited overall results reflecting total HRRMC assets of $153 million in 2021 and total operating revenues topping $106 million, compared with $87.4 million in 2020 (the first year of the COVID-19 pandemic). Despite an increase of more than $10 million in operating expenses from 2020 to 2021, operating income was nearly $10 million, against just over $2 million in 2020.

Rivera also noted the declines in revenues due to elective surgery and clinic shutdowns during the pandemic, starting in March 2020. While expenses did not decline as much, this was due to HRRMC working to avoid layoffs of personnel and other factors like expanding regional health services. 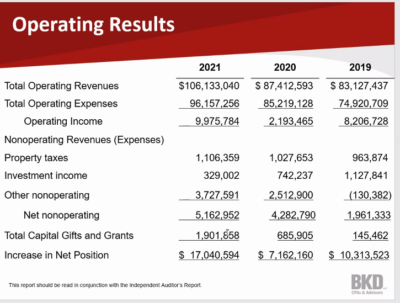 Rivera noted the hospital’s cash on hand of about 272 days in the audit review was in line with A-rated hospitals. 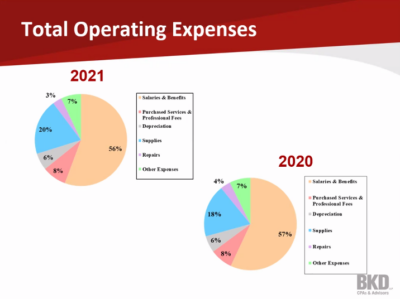 In addition, the board heard from Lesley Fagerberg, Vice President of Fiscal Services about some revenue improvement for February after a disappointing revenue picture seen in January, 2022, due to a number of reasons.

Fagerberg commented she felt the hospital was “going to be looking at a year that is very tight compared to our budget projections.”

Board Chair Debbie Farrell commented that the budget projections for this year were deliberately more conservative, partly to more realistically project what the operation would face through the year.

President and CEO Bob Morasko stated that to add some perspective, the City of Delta, CO had recently increased its tax rate to help cover losses at their hospital.

Morasko also commented on the success of the in-house Certified Medical Assistant program that was adopted to fill a pressing need, and said that strategy could be applied to other needed positions, such as a patient financial counselor.

He said while HRRMC has staffing needs, he felt it was better positioned “…than 90 percent of hospitals in Colorado.”

The Human Resources’ graphs tracking open positions at the hospital indicated around 60 open positions to be filled, with four positions each open in areas including admissions,  cardiopulmonary, laboratory, clinics admissions and the Buena Vista Health Center.

He also reported there has been progress made in preparing for and negotiating a contract to add an in-facility wound care center.

Also continuing are cost estimates for supporting some form of employee housing with site surveys to be completed in April. Negotiations continue with faith-based provider Cassia, based in Minnesota, on working with the city and county on establishing an independent and assisted living facility. Morasko said county feedback is still awaited on options to establish another separate hospital district to finance such a facility.

In other action, the board approved capital purchase requests for a fifth cystoscopy unit for Urology to improve turnaround time for urology patients at a cost of $15,709. The units serve about five to seven patients per day at the present rate. Also approved was the purchase of two CO2 Microbiological incubators to replace units that are 14 years old at a cost of $17,707.