In the Aftermath of the Boulder King Soopers Shooting

As we ruefully knew it would, it has happened yet again. Another mass shooting has taken 10 innocent lives.

“A senseless act,” is the term used so often in these tragedies; in this case sadly referring to the lives of ten people lost while they were going about their normal lives – working as a grocery clerk or manager; customers shopping for groceries; or picking up a prescription at the pharmacy and in one case, being the first Boulder police officer to rush to the scene and one of the first to die, trying to protect fellow citizens from harm. Eric Talley died a true hero, but I think it’s little comfort to his wife and seven children today. 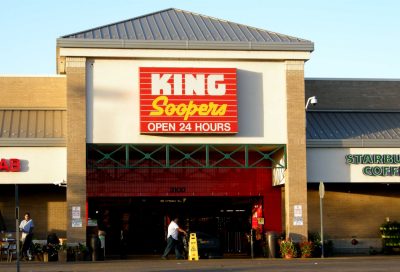 Colorado’s latest shooting at a grocery store has again shaken our communities. If we aren’t safe getting a gallon of milk, what then? Courtesy image.

As I read details about the lives of some of the victims and saw their photos in the press, the same haunting feeling came over me as in many of the past mass murder cases I remembered while a journalist in Colorado; Columbine High School in 1999 and the Aurora theater shootings in 2012 and the STEM school shooting in Highlands Ranch in 2019 – as well as all the other shootings across our country that have made headlines over the years.

The feeling is one of helplessness, anger, and frustration – Why? Why? And why have we not had the political will to undertake some of the most basic moderate gun regulations, time after time after these horrible events occur?

After Sandy Hook Elementary School, after Marjory Stoneman Douglas Middle School, after Virginia Tech, and many more scenes of the brutal slaughter of innocents, many of us felt the time had arrived for concrete action with new laws.

But time after time, nothing happened except the same tired arguments from the National Rifle Association, their lucrative firearm dealer cohorts, gun rights zealots, and some lawmakers. “Guns don’t kill people, people kill people,” and more self-serving arguments that underscores that some people view the Second Amendment (or at least their interpretation of it) as sacrosanct. People are indeed killing people – with guns – with increasing frequency.

Even the grim statistics we are presented with on a frightening regularity seem to have become something we accept as ‘the new normal’ because it’s been so often repeated. In 2020, a year of record gun sales in this country, the number of mass shootings (four or more wounded, excluding the shooter) went from more than 400 in 2019 to more than 600 (though the number of mass shooting fatalities declined). That’s a frequency that should be the stuff of nightmares – but it’s a deadly reality.

The resulting gun debate now will probably reflect our past inability to get real gun safety measures passed, and there is another aspect of the Boulder slayings that may reflect our deeply divisive political landscape – the shooter was a Muslim man (not using his name here) a  young man who one relative guessed was mentally ill, based on his paranoid, anti-social behavior.

How that fact will be latched onto by the arch-conservatives who are anti-immigrant, anti-Muslim, xenophobic, and ‘America first’ zealots remains to be seen, but could be predictably tone-deaf to any reasoned arguments.

The young man bought his gun six days before he used it on innocent victims. Lots of questions need to be asked there, both on the mental health resources available side and the family’s responsibility and accountability side. The seller of the AR-15 also needs to be scrutinized on legalities.

But what then? Will we find the intestinal fortitude to examine the tough questions about the power of gun addiction; a hyped-up machismo attitude armor worn by some in the face of any conflict; and the ease of obtaining a firearm?

President Biden will catch a lot of flak for proposing a renewal of the ban on so-called assault weapons, but that, and a universal background check for all buyers with no loopholes will be the foundation of reasonable gun regulation in the future.

By Dan Smith, AVV Editorial Board

Managing Editor’s Note: Journalists have had to cover far too many of these shootings, especially in Colorado. As a journalist veteran of the Aurora Theatre shootings and the Arapahoe High School shooting, the weariness that journalists feel, the predictable nature in which we have learned to cover these senseless acts, is a sad commentary on the state of our state, and our country. If this is what gun advocates consider “normalcy”, then we’d like less of it, please.