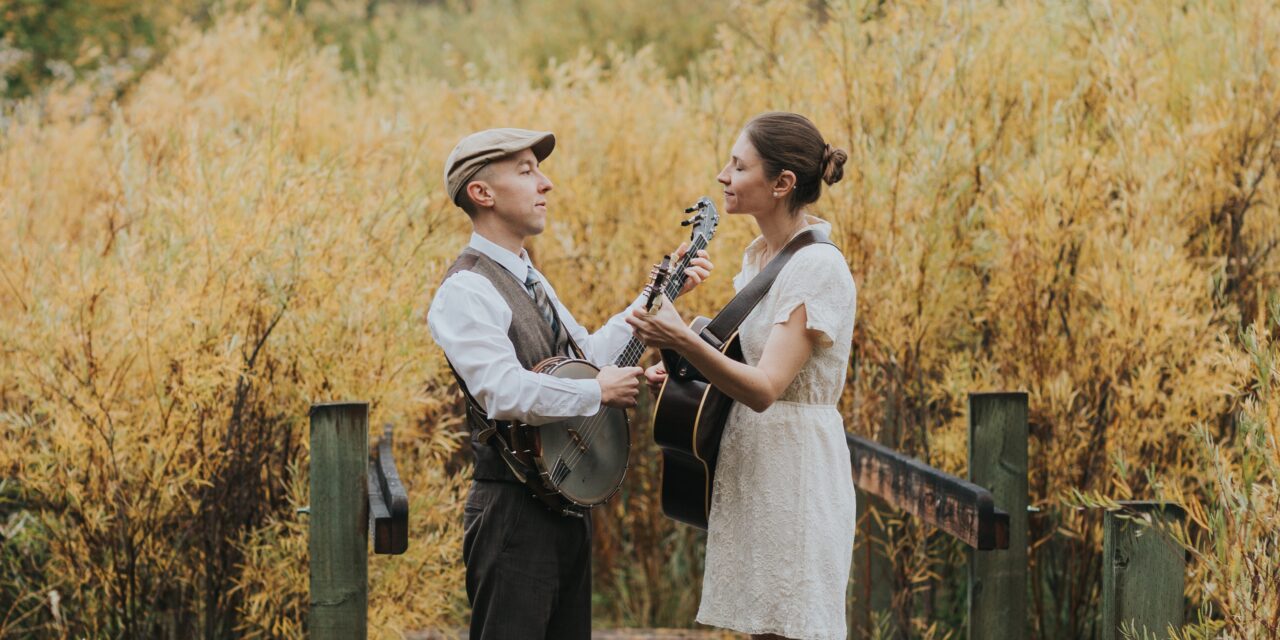 Award-winning Americana/folk duo Ordinary Elephant will play the Historic Coaldale Schoolhouse at 7:00 p.m. Friday, June 10, in support of their latest studio album “Honest.” The schoolhouse is located at 287 Hayden Creek Rd. in Coaldale. Ticket prices are $15 and can be purchased at the door.

Ordinary Elephant captivates audiences with their emotionally powerful and vulnerable songs, letting the listener know that they are not alone in this world. The collaboration of husband and wife Pete and Crystal Damore, their connection, and their influences (such as Gillian Welch, Guy Clark, Anaïs Mitchell) all meet on stage. “Two become one, in song…hand-in-glove harmonies surprise the listener with focused intensity and musical mastery,” says Grammy-nominated songwriter Mary Gauthier.

Ordinary Elephant was named Artist of the Year at the 2018 International Folk Music Awards, and their 2019 release “Honest” has been called “one of the best Americana albums of the year” by the Associated Press. PopMatters says it is “easily one of the best folk duo records I’ve heard in years.” “Honest” was the No. 1 album on the Folk DJ Chart for May, and hovered in the top 5 of the weekly NACC Folk chart from June to October.

Crystal and Pete have been performing together since 2011, when they called Houston home. After spending five years living in an RV, the two settled on a quiet spot in South Louisiana in late 2019. They continue to tour the country with their two dogs, while creating and sharing the conversation of their music. They will be making their way back to Colorado for the first time since the pandemic sidelined musicians across the world for nearly two years.

Ticket prices are $15 and can be purchased at the door. For more information, email Laurel at 3chordfarm@gmail.com.