Colorado U.S. Senate Candidate Eli Bremer made a stop in Salida on Tuesday to speak with local Republicans about his campaign. Ark Valley Voice spoke with Bremer on why he is running, his qualifications, and more.

When asked why he is running Bremer explained “I’m running because I’m deeply concerned about the direction our country is headed in right now. I started my adult life entering into national service by going into the Air Force Academy. I see many problems that are going on right now; starting domestically we have huge issues around inflation.”

He continued, “We pump way too much liquidity into the markets and that’s causing inflation. Inflation the most efficient means of wealth transfer from the poor and middle class to the rich and I think we want a vibrant middle class. I think there is a wealth disparity issue and the policy of the Biden administration simply exacerbates that. I see that as an issue, I see many other domestic issues. On the international front, you have broad threats in China and Russia. We face both internal threats and economically and socially and external threats that we haven’t seen really in my lifetime and maybe the last 100 years.”

On what qualifies him to run for the U.S. Senate, Bremer explained “I’ve had a pretty diverse set of experiences that I think have given me a real breadth of experiences that are quite relevant. From serving in the military and working on the business side of the military I saw how government money [flows], which is all taxpayer money. I was a contract officer, so I learned how we actually do the business of the government and how inefficient and difficult the federal government can be to work with.” 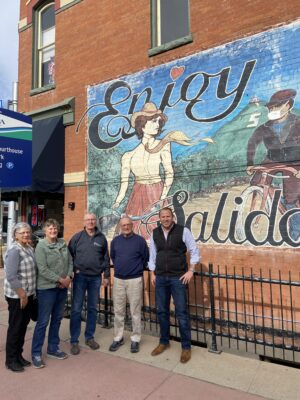 “I’ve had the opportunity to represent the United States around the globe and travel to more countries than I can count – I’m guessing it’s around 60 and six continents — to see how different countries operate, what systems are in use. There’s a lot of people who are saying we should try it this way or try it this way, I’ve been to those countries, and I’ve seen the problems with those societies. I visited Cambodia where Pol Pot just a generation ago was talking about equity and equality in society and it led to slaughtering a third of the population,” he said.

Bremer continued “My undergraduate [degree] is in economics, I have worked in business in a variety of places, like early-stage capital, and have a pretty broad business experience. So, I understand a lot of the issues people face whether it’s the banking regulations that the Biden administration is pushing or energy policies. I’ve done some advisory work for a friend who’s doing a variety of natural gas projects, I’ve got a real estate program that I’m working on right now so I’ve seen a lot of sanctions of society and commerce and understand how the government actually impacts those. Very few people who are policymakers have actual experience in the policies they’re creating.”

In regard to accepting the 2020 election results Bremer said “Yes, in plain, Joe Biden won the election. In terms of people when we get more specific, ‘do you think the election was won correctly?’ My experience and ability to consider it from Colorado… I have looked at it, I have talked to the experts, I’ve looked at it quite at length and I cannot come to any conclusion other than that the ballots in Colorado, all were accurately cast. I don’t think people are wrong to ask questions. I think we should be allowed to ask questions; I think that that’s healthy in society. But I also think it’s important that we speak the truth and from everything, I’m seeing I see no sign that the votes in Colorado were reported as anything other than how they were cast.”

When asked about his platform for running for U.S. Senate, Bremer explained “In a nutshell, it’s bringing back common sense in the government which sounds simple, but you see it at every level. We’re sitting here with high inflation. We just passed a 1.2 trillion dollar infrastructure bill that President Biden and [Vice President] Kamala Harris said: this is part one of two. That’s like a bad sequel that we really don’t want. If you think inflation is bad now, give it another six months to a year. It’s common sense. We don’t have the money, we’re high on inflation; the last thing we need to do is print more money and push it into the economy.”

“We need a policy on the border. We have no coherent policy on immigration. We need to start by saying ‘do you even agree that there should be a policy’. I think we should have an immigration policy and a border policy. Right now we’re at a point where almost every day I turn on the news and say ‘does it make sense that we should pay 450 thousand dollars to people who came into our country illegally?’ For that amount of money, I can put two young people through a service academy who are going to defend our nation,” said Bremer.

“Let’s get back to the basics. Let’s run the government well, let’s support our military, let’s enforce our laws, let’s not teach racism in school; these are basic things.”

When asked if there was anything else he would like the public to know, Bremer said “I think that Virginia has shown that Republicans have earned the right to have people look at us and evaluate whether or not we’re fit to govern again. It’s proven that the public is interested in whether or not we’re serious about governance. I feel very strongly especially after the 2010 election cycle which was the last major Republican wave, as we look at another Republican wave that appears to be coming, that Republicans need to remember that we have to earn the support of the electorate. We have not earned it yet and I intend to fight for the electorate and earn that support and don’t take it for granted.”

Editor’s note: Bremer is running for the U.S. Senate seat currently held by Senator Michael Bennet (D). the field of Republicans running against Bennet will be narrowed in the June, 2022 primaries.