The event includes “highly valuable items” for a raffle and auction event including “AR/MR4 rifles and two gemstones.”

The irony of raffling off deadly weapons at a Lincoln Day dinner, named for a president assassinated by a gun, might somehow be funny if it were not so sad. The nation is awash in guns. Two years into a COVID-19 pandemic, violence is spiking across the nation, with guns the weapon of choice.

In the case of AR/MR4 rifles, to quote an experienced weapons person:  “The bottom line is they’re popular because they look like what the military uses, they were marketed that way to drive the popularity. They’re not the best rifles for hunting. Unless you get really high-end ones or have a medium-range one tuned by someone who really knows what they’re doing. Frankly, unless you go with an AR 10, which fires a .308 Winchester bullet (military version is the M110, which fires the NATO 7.62 round, basically the military version of the .308), or get one chambered for a specialty round like .300 AAC (blackout) or 6.5 Wylde, they’re really not that good for hunting. There’s also a 6.5 chambering for the AR 10 – 6.5 Grendel. Also, a lot of states won’t even allow them.” 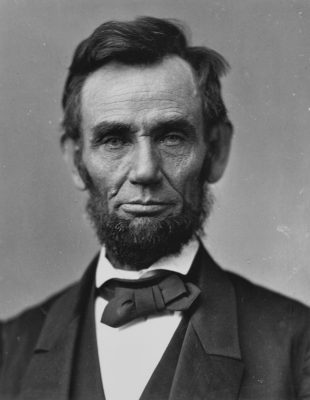 The Gun that Changed the Future of the Nation

Abraham Lincoln, the 16th president of the United States, was assassinated by a gun fired by John Wilkes Booth just as the Civil War had ended. As Ford’s Theater curators explain:

The bloodstained pillow that cushioned Abraham Lincoln’s head and the .44-caliber “pocket cannon” that fired the fatal shot are what most captivate visitors to Ford’s Theatre National Historic Site in Washington, D.C., as they imagine the events of April 14, 1865. At approximately 10:15 p.m., five days after General Robert E. Lee surrendered to General Ulysses S. Grant, actor John Wilkes Booth entered the theater box where Lincoln and his wife, Mary Todd Lincoln, were watching “Our American Cousin”, slipped the single-shot, 5.87-inch derringer from his pocket and fired at Lincoln’s head.

The killing of the president who had preserved the union (a Republican, by the way) was part of a southern plot, which sought not just to kill the president who had led the Union that had just defeated them but to try to reverse the surrender. Lincoln was not the only target of the plot to turn back the results of the Civil War; several of his cabinet members were targeted that night as well, but the planned attacks on them were bungled.

“It’s not so much the gun that fascinates people, but rather that Booth used it to change the course of the history of the country,” says Gloria Swift, the museum curator at Ford’s Theatre. “Looking at the gun, you can’t help but wonder what would have been, had the tragedy not occurred.”

One hundred and thirty-two years after Lincoln’s death, a bizarre footnote was added to the pistol’s history. In 1997, the FBI was called in to authenticate the gun after a career criminal claimed members of his gang had stolen the Deringer during the late 1960s and replaced it with a fake.

The lead bullet removed from Lincoln’s head was so badly corroded that matching it with the gun was out of the question. So the FBI’s Special Photographic Unit superimposed historical photos taken of the Deringer during the 1930s with the actual gun at Ford’s Theatre, matching swirl patterns in the black walnut grain of the stock, pit marks on the barrel, and a crack in the forestock. The pistol is definitely Booth’s.

The plot partly succeeded; it killed the president, but after Booth fired the shot, he jumped from the balcony where the Lincolns were seated, got tangled in the patriotic bunting, breaking his leg as he fell. He got away into the Maryland countryside, where a doctor named Samuel Mudd treated him (giving rise to the phrase about someone whose reputation has been destroyed “His name is Mudd”).