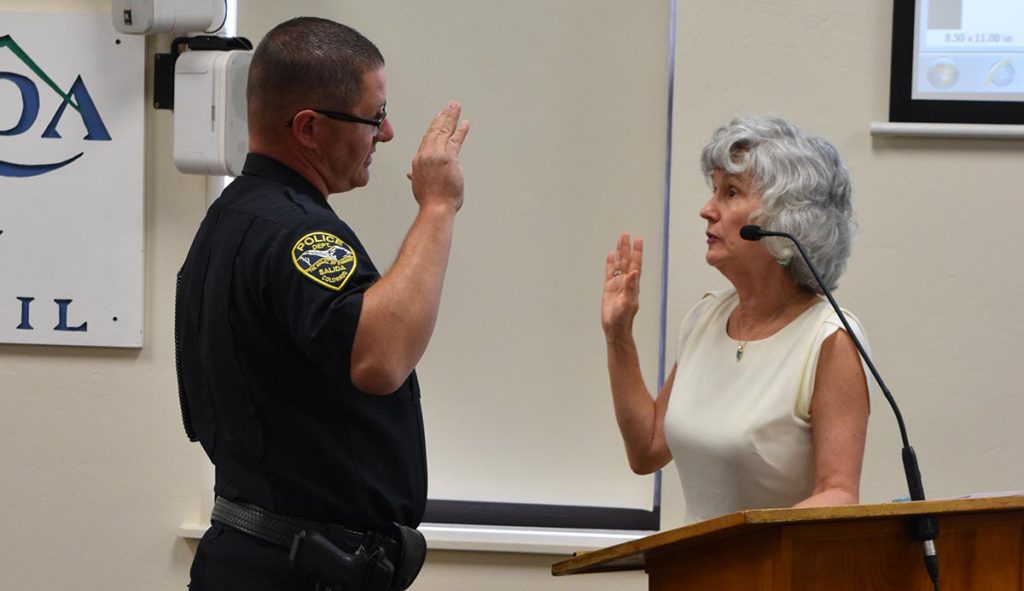 Johnson received a standing ovation from a packed room. He said he is honored by the promotion and expressed gratitude that he will be working with a “great crew” of officers in the Salida Police Department.