July 4th Public Fireworks Displays Are On in BV and Salida

After two years of pandemic and an even longer stretch of drought and wildfire danger that caused some of the past year’s displays to get canceled or delayed, this 2022 Fourth of July will feature public fireworks displays in both the city of Salida and the town of Buena Vista (BV).

Both displays will begin at dusk tonight, around 9:00 p.m. 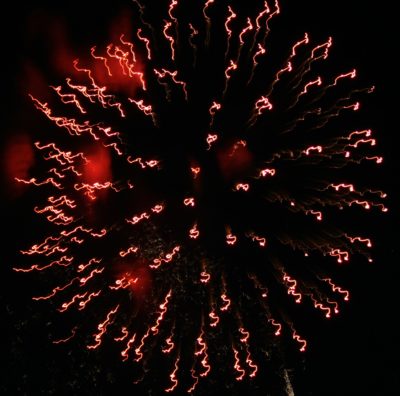 Salida’s fireworks display will be in the traditional location on top of Tenderfoot Mountain (also known as S Mountain) beginning at 9:00 p.m. or dusk. Several roads and trails are blocked off today to prepare for the display as the Salida Fire Department gets ready to run the evening’s entertainment.

As many Salida residents and visitors know, there really is no bad place in and around Salida to view the night sky display. Long-time residents have their favorite spots and when asked, are often reluctant to say, because they consider it their family secret.

Buena Vista’s fireworks display will be held at the historic Collegiate Peaks Rodeo grounds on the edge of Buena Vista. With a huge open area, many attendees drive in and sit on top of their cars or trucks but there is no bad view of the fireworks against the 14,000 ft. Collegiate Peaks.

Chaffee County Fire and Rescue Chief Robert Bertram says that they expect a big crowd at the Rodeo grounds. He adds that while the county has had a lot of rain, coming as it has in the midst of severe drought years, people need to be careful because the ground is quickly soaking up the moisture that does fall, leaving the surroundings to dry quickly.

A reminder to all Chaffee County residents and visitors, shooting off fireworks that leave the ground is illegal according to Colorado State Statute (Section 12-28-101, et seq., C.R.S) and the fines for doing so can be severe. Those visitors from out-of-state often don’t know, or bother to check on Colorado law, which is dangerous in a county with wildfire risk.