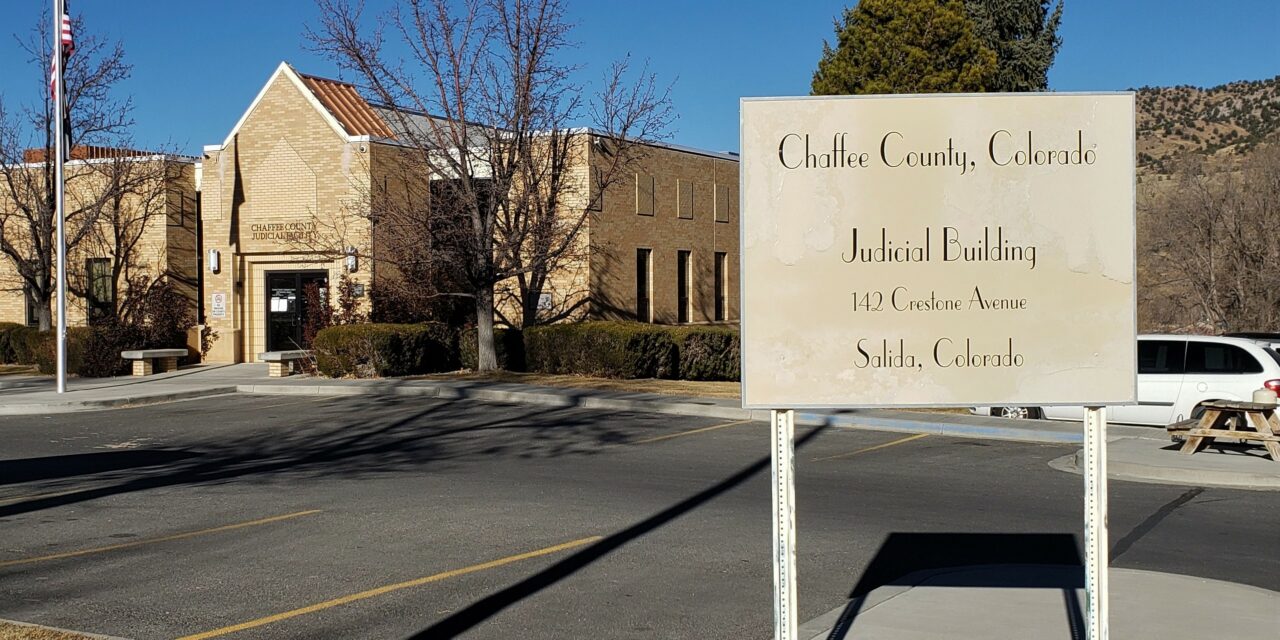 At 8:00 a.m. on Thursday Aug. 25, the jury selection process began for the trial of Herbert Lucas Scott of Salida. 11th District Chief Judge Patrick W. Murphy presided over a day-long process involving a pool of 69 potential jurors, with a goal of seating 12 and two alternates.

Judge Murphy addressed the jury pool in his courtroom as well as the overflow in the adjoining courtroom, setting the stage that this trial involved “sensitive and highly charged” matters. A list of nine potential witnesses was read out, including the victim named in this case.

Legal definitions of “consent” and “reasonable doubt” were cited in detail and these two were later repeated as the selection process wore on and prospective jurors were asked if they could be fair and impartial. Attorneys for the state and the defendant pressed for their respective interpretation of “reasonable doubt” to which Judge Murphy cited the law verbatim.

After each juror answered ten questions outlining their background they were asked if any had an legally-defined grounds for being excused or disqualified. The process moved on through a lengthy “voir dire” stage (French for “to speak the truth,”) with the questioning of jurors first by the prosecution and then by the defense.

The written juror’s questionnaire which preceded voir dire had specifically asked if potential jurors personally knew of or had family members that had been involved in sexual assault cases either as victims or defendants; multiple people had answered in the affirmative. Additionally, when offered the opportunity to speak privately with the judge about sensitive, personal concerns (though still on record), four prospective jurors requested this. Court was recessed for 40 minutes for those members to speak before the judge and attorneys individually.

Attorneys’ questions seemed to dwell on how jurors might assess the credibility of witnesses and also on how to determine consent. Beyond the juror’s initial responses of “looking at body language” and “making eye contact”, Judge Murphy again stated many of the textbook criteria. These included: the witness’ knowledge of the case and evidence, motives, mannerisms, state of mind and any relationships to the parties, to name a few.

Given the size of the pool and thoroughness of attorney questioning, a number of  prospective jurors were replaced, jury selection had not concluded as of the publication deadline. The trial is scheduled to run for four days. Other counts and cases are also pending at this time.