Just how “International” are we Coloradans?

Perhaps it is the raft of international visitors we get here in Colorado, or the fact that folks come here for world-class rafting, awe-inspiring views and the arts. Perhaps we are just naturally curious and in tune with the world around us. When it comes to international ignorance, it appears that Coloradans are among U.S. residents most clued in on international news.

A new study carried out by PRFire.com, has revealed where people are most and least informed when it comes to international news. The survey included 5,000 respondents, each surveyed on five multiple-choice questions about international affairs, which revealed some interesting results: 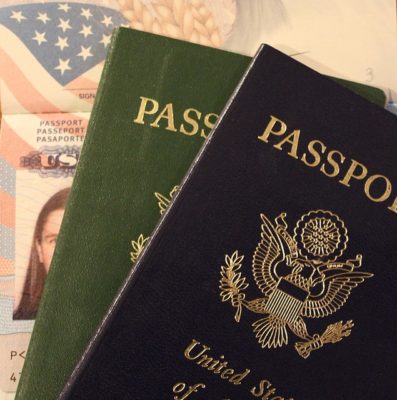 The rest of the world has tended to see Americans as clueless about global affairs, preferring to keep our noses on local affairs, or at most to focus on issues of state or national importance and in the past several years the “America First” rhetoric hasn’t helped.

This isn’t actually true, but perceptions die hard. Considering that while only 36 percent of Americans hold a valid passport: two facts stand out:

Russia’s invasion of Ukraine is dominating news cycles, not just for the barbaric actions of Russia against a neighboring sovereign nation but because the war is contributing to domestic issues such as a rise in increased gas prices. Now, assuredly, the questions appear to be as much related to international literacy, as well as travel.

The survey asked these questions (which are admittedly European-centric):

1.     In which part of Europe is Ukraine located? (Eastern)
2.     Which is the international organization, of which the United States is a part of, which guarantees the freedom and security of its members through political and military means? (NATO)
3.     What does the WHO stand for? (World Health Organization)
4.     Which country recently hosted the Winter Olympics? (China)
5.     Who is the UK Prime Minister? (Boris Johnson)

The most informed in America turned out to be Mainers, who achieved the highest score of 73 percent.

Perhaps unsurprisingly, given how international the city New York  is (the United Nations is headquartered there after all), it came in 4th position overall with a pass mark of 66 percent.

Lowest, with a score of just eight percent, were Mississippians.

When asked what type of news they are more likely to read up on, 64 percent of respondents said they want news about their local community, town, or city; 21 percent about broader news happening in their state, and 15 percent on international news. This indicates that majority are naturally more inclined towards reading up on news focused on their local surroundings.

Lastly, a significant 83 percent of Americans admitted that international events events rarely make it into their day-to-day conversation among friends, family, or work colleagues.