Richard Kenshalo has assumed the treasurer duties for Central Colorado Conservancy. For as long as Kenshalo can recall he says, open space and wild places have occupied a big portion of his heart. 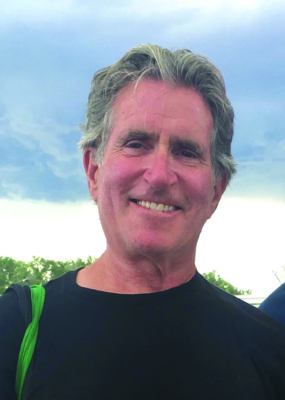 Kenshalo grew up on Colorado’s Front Range, spending considerable time at his grandparents’ place on the Blue River in Summit County before the Dillon Dam was built. He would later move on to live in Alaska for 32 years, gaining a deep commitment to preserving irreplaceable tracts of land before returning to the lower 48.

Kenshalo brings a breadth of experience to the Conservancy. After four years in the navy, he became an electrical engineering, with a minor in economics from the University of Colorado at Denver, and then completed an executive development program at UC Berkeley. He spent more than 30 years in technical, management and company officer positions in telecommunications, oil and gas field operations, and medical electronic companies.

Kenshalo joined the board last year and has been active with the Conservancy’s Conservation Stewards program, which enlists volunteers to help ranchers with routine tasks that can be extremely time-consuming. As he takes the reins as treasurer for Central Colorado Conservancy, Kenshalo says he lauds the work of its board, volunteers and staff for preserving the character of the region. “The energy and commitment of this group is probably the main reason I got involved.”

Kenshalo especially enjoys the Conservation Stewards’ spring program, when they help clear ditches and mend fences. Depending on the size and layout of a ranch, that can mean miles of work. “There’s a camaraderie among the volunteers and landowners, and in some cases, there are volunteers who have never spent time on a ranch.”

“I think maintaining these open spaces as working ranches is really in our county’s best interest,” he says. “We’re trying to preserve the character of Chaffee County and Upper Arkansas Valley to keep growth kind of sane.”