The 2021 Kent Haruf Memorial Writing Scholarship is open to junior and senior high school students in Chaffee and Fremont Counties for excellence in fiction and non-fiction creative writings. Students must be previously unpublished writers in order to participate. Writer may apply in one of the following four areas: 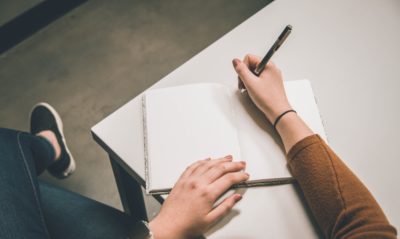 Image by NeONBRAND. Courtesy of unsplash

The scholarship is sponsored by Cathy Haruf and the Salida Council for the Arts and honors the memory of the late Kent Haruf, who was a Salida resident and best-selling author of “The Tie That Binds”, “Where you Once Belonged”, “Plainsong”, “Eventide”, “Benediction” and “Our Souls at Night” (which was later produced as a movie starring Robert Redford and Jane Fonda. The winner will receive a cash prize presented by Cathy Haruf, the late author’s wife.

The finalists will also participate in a writing workshop prior to the banquet, taught by a professional author. Entries and registration for the scholarship must be received by April 1. The winner will be announced April 15. Applications and writing samples must be submitted through the website. Click here to learn more and submit work.