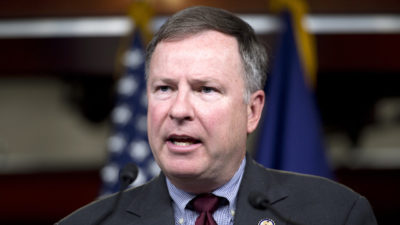 Lamborn issued the following statement:  “While I am hopeful about the temporary ceasefire negotiated between Vice President [Mike] Pence and Turkish President [Tayyip] Erdogan, I am still concerned about the future long-term stability of the region. Our Kurdish partners, fighting alongside American forces, spearheaded the fight against ISIS and Islamic fascism. Our joint efforts concluded with the collapse of the Islamic State in Syria.”

Lamborn’s statement continued to state his desire to avoid being stuck in endless foreign wars with no viable strategy for a beneficial resolution. “However, a premature withdrawal from Syria could sow chaos and severely hamper our ability to shape events on the ground in a manner favorable to the U.S. I fear that, in a worst-case scenario, the Turks turn a blind eye to Islamist factions within the Free Syrian Army and the region becomes an incubator once again for radical Islamic terrorism,” said Lamborn.

Lamborn added, “Nevertheless, I do not believe America should be the world’s police force and will continue working with the president and his administration to ensure our focus remains on the security of our homeland and our core national interests, as detailed in his excellent National Defense Strategy.”

Lamborn, in December 2018, led a bipartisan letter to President Trump, urging caution in too abrupt withdrawal from Syria.