On Friday, the Central Colorado Conservancy (CCC) quietly announced that it has experienced a change in leadership. Late last month, after serving for two years as the second Executive Director (ED) in the history of CCC, Adam Beh stepped down from this role to pursue other professional opportunities. 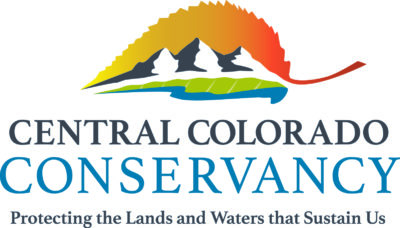 While a new permanent ED has not yet been identified, Rob Tallmadge has stepped in as Interim Executive Director. Tallmadge joined the Conservancy’s Board of Directors in 2019. In April 2021, he became Board President and has worked to help guide the direction of the organization since. He takes on that role with more than 25 years of nonprofit experience and has served in executive capacities at several nonprofits.

During this time, Tallmadge is stepping away from his role on on the CCC Board on a leave of absence, and Hallie Mahowald will serve as the Board President in the interim.

“I look forward to serving in a leadership capacity during this transition,” says Tallmadge. “Adam accomplished a great deal while he was at the Conservancy, and I will work with staff to ensure our important conservation work continues until we have hired a new executive director.”

The staff of the Conservancy says that their work is in good hands. “Our dedicated staff continues to protect the lands and waters of our beloved Central Colorado. Every day, we are working to support agricultural landowners, make progress on new easements and bring conservation to our community.” They add, “Conservation in Central Colorado and the sustainability of this great organization remains a top priority for all of us.”

“We thank all of our members, volunteers and partners for their support during this time of change,” adds Tallmadge. “Our many collaborative conservation efforts to protect this place we love wouldn’t be possible without you.”

The hiring process for a new Executive Director began early this month, with the goal of finding a strong candidate to shape the future of conservation in Central Colorado. The job announcement is available here.

Those with questions can email “info@centralcoloradoconservancy.org” or call their office at 719-539-7700.