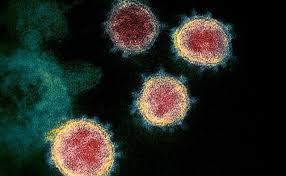 Lisa Zwerdlinger, MD, public health officer for Lake County Public Health Agency (LCPHA), said in her update for the week of Feb. 7 that half of those attending a local faith-based gathering were infected with the virus. “And we’re talking about 50 people,” she said. “So it was a lot. Unfortunately, they infected their children, and then their children infected other children at sporting events.”

Lake County saw a one-day spike of 20 positive cases, followed by a second wave of 15, Zwerdlinger said. As of Feb. 11 the Lake County positivity rate was 16.9 percent, or 96/569 tests, compared to 4.2 percent for the state of Colorado. Lake County has seen 622 positive cases since the start of the pandemic in March, 2020.

Colleen Nielsen, director of LCPHA, said Thursday that the county’s numbers are starting to calm down and are back “into a rhythm of three to four cases per day.”

She said the faith-based nature of the event that caused the spike brings a set of challenges, including the state designating the case as a “suspect outbreak.”

Colorado dropped its capacity limits for religious events, including church services, weddings and funerals, after the Supreme Court ruled in favor of the Roman Catholic Diocese of Brooklyn, N.Y. That was followed by a similar suit by a rural Colorado church that challenged capacity limits set by Gov. Jared Polis. High Plains Harvest Church, a storefront house of worship in Ault, argued that Polis’s rules targeted religion.

Nielsen said the Leadville event was “an eye-opener for the community.” She noted that local businesses had become vocal about the possibility of more restrictions if the spread of the virus didn’t come back under control.

She said that ultimately, “It still comes down to personal responsibility.” Nielsen said people need to commit to masking, distancing, and avoiding gatherings if Lake County is going to move into a less restrictive level. It is currently in Level Orange – high risk.

Zwerdlinger concurred. “We can’t have these big groups,” she said. “We can’t congregate with those we love for any reason, and I caution us to not let our guard down.”

On a brighter note, Zwerdlinger said that “overall, Colorado is doing very well,” and that the medical community is learning more about treatment for COVID-19, which includes antivirals and steroids.

She added that mask-wearing is proving to work not just for deterring the spread of the coronavirus, but also for the flu and common cold. She said she typically sees several hundreds of cases of the flu by this time of year, but this season she has seen just three.