Letter to the Editor: Refuting A Case of Experience and Red Shoelaces 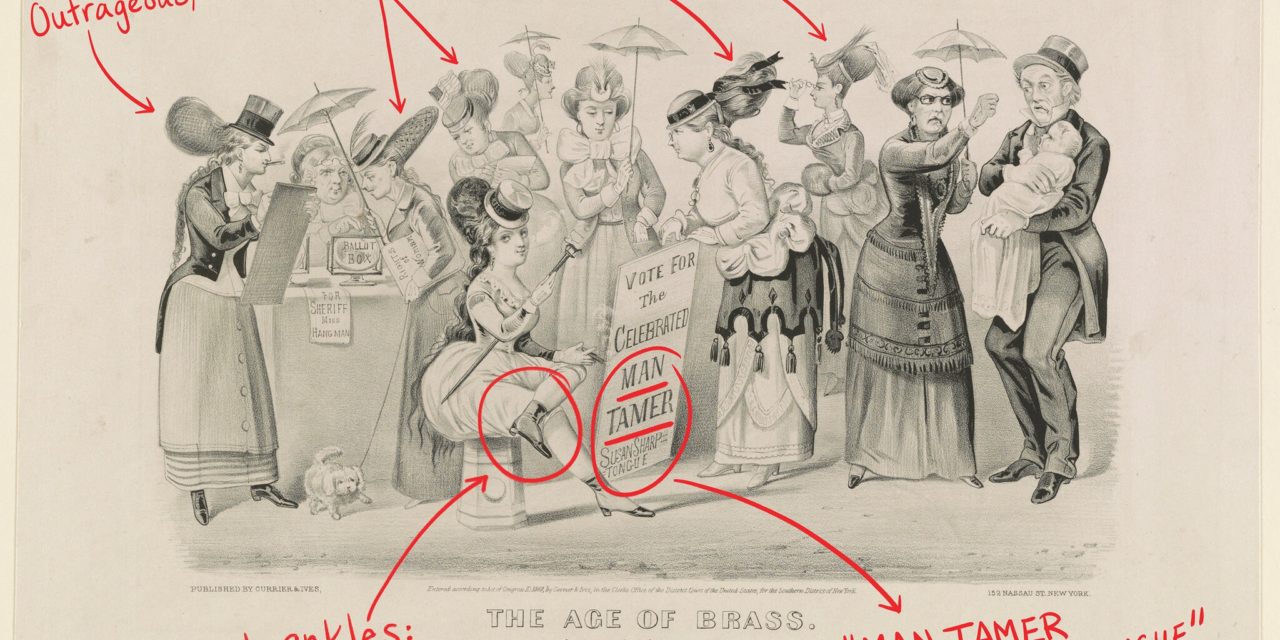 Ron Dubin recently wrote in a letter to the Mountain Mail and Ark Valley Voice regarding Hannah Hannah, candidate for County Commissioner saying, “I find it insulting that she is asking us to put her in charge of our future when she apparently has so little relevant experience”. 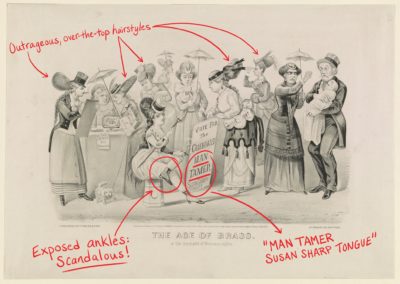 Mr. Dubin, you are entitled to your opinion, but your letter was a casebook study on why, 100 years after women got the right to vote, women still do not have equality, or even apparently the right to civility, when running for public office.

In your letter, you attacked Ms. Hannah’s style of dress, and “gasp” her choice to wear red laces, labeling her a White Supremacist for her fashion choice. As reported by the New York Times, for over a hundred years women fighting for the right to vote have been pilloried for their fashion choices, such as skirts that exposed ankles “scandalous”, or short pantaloons or bloomers which enabled “The New Woman and her Bicycle”.

Throughout the mid-to-late-nineteenth century, women cyclists wearing bloomers were severely harassed and some regions even prosecuted for violating sex-specific dress laws. 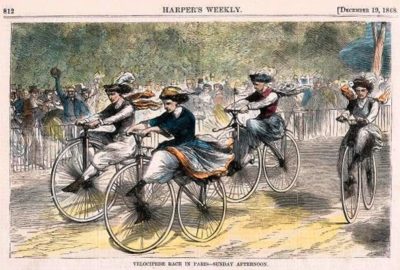 More than one hundred years later, when speaking at the Women’s Equality Day event in Salida this week with other women running for office, Ms. Hannah was again targeted for her fashion choice – red laces. These accessories were a fashion statement honoring the American iconic image of women’s power “Rosie the Riveter”. I for one will judge her as a candidate by what she says, rather than what she wears.

Mr. Dubin also failed to do his research correctly on Hannah Hannah’s background. While he is correct that she has never owned a business in Chaffee County, she is from a multi-generational ranching family and lived and worked on her family’s operating cattle ranch in Monte Vista, CO.

Like many other young people in the Arkansas and San Luis Valleys, she and her brother had to build their careers outside of this region due to our lack of professional opportunities in this region. She is currently the Social Media Manager for a major corporation founded by her brother, R Investments. You can see her professional work and more information on this company at their social media site.

Mr. Dubin continues in his letter to condemn Ms. Hannah as unqualified because she has not “spent hours and hours at no-pay volunteer positions”. It was this statement in particular that made me realize how out of touch Mr. Dubin is, with the reality of life for many young people in this County. Ms. Hannah is a single parent. Not only does she have to work as the sole breadwinner to take care of her family but she also has to juggle work hours with child care and raising her two boys. Yet according to Mr. Dubin, she is “not qualified” to represent Chaffee County citizens because she does not have the luxury of spending volunteer time with local boards and non-profits.

Mr. Dubin, I suggest you take the time to review the R Empowerment site to get a better appreciation of the wealth of experience she has obtained through her work that are relevant to address critical issues for our county such as housing, and homelessness. Not to mention the life-experiences that she has had that are so relevant to Chaffee citizens such as the challenges of being a single mom, and the first-hand experience of the challenges involved with running a large scale cattle and sheep ranch.

I for one am keeping an open mind on who to vote for and look forward to hearing from all three candidates for County Commissioner about their platforms and how they will represent all Chaffee County citizens if elected. I am also glad that we have two strong, qualified women running for this office who are not afraid to stand up and challenge the status quo and ask the hard questions to assure government transparency and protection of citizen’s rights.

While we are on the subject of fashion choices, I would like to point out that Ms. Hannah’s opponent Commissioner Keith Baker has during his four years in office, in my opinion, consistently voted to erode agricultural rights in Chaffee County that should have been protected under Colorado’s Right to Farm and Ranch laws*. My friends from ranching or farming backgrounds will know what I mean when I say – Commissioner Keith Baker is “all hat and no cattle”.

Brown is a primary investor in Ark Valley Voice. Per the contract, she has no editorial control over this digital news media.

*Claim substantiation of Right to Farm and Ranch (R2FR):