Letter to the Editor and the Community: CMC hasn’t ‘bailed on BV’

Editor’s note: this letter, dated Sept. 3, 2019, references documents that Ark Valley Voice has reviewed, but are not yet in format for us to provide live-links in this letter. 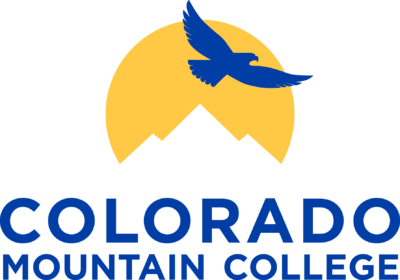 The article included several inaccuracies, including the direction of the decisions that resulted in CMC’s moving its administrative operations to Salida.

To clarify the history of the college’s engagement with Buena Vista School District, requests made by BVSD, and the resulting decisions by the CMC Board of Trustees, the following is a brief chronology of events that transpired between 2018 and today.

– In spring 2018, Lisa Yates, superintendent of the Buena Vista School District, requested use of several classrooms at the CMC-Chaffee County Center in order to locate the district’s preschool programs. After determining the feasibility of this request, CMC agreed to allow BVSD to use the requested space for the 2018-19 school year at no charge. Moreover, CMC helped retrofit three classrooms, also at no cost to the district.

– On November 1, 2018, Colorado Mountain College received a letter from the school district requesting the initiation of formal negotiations for the acquisition of the CMC campus in Chaffee County. In that letter, Superintendent Yates suggested that the CMC campus is “attractive for ownership” by the BVSD and the district’s programs “could be well served by the location.” o A copy of the letter mentioned above is attached. – Upon receipt of this request, CMC staff consulted with BVSD staff in order to prepare a recommendation for presentation to the CMC Board of Trustees at its next official meeting in January 2019. The CMC Trustees instructed CMC management to offer the use of the CMC-Chaffee County campus at no cost to the BVSD as it believed that enabling additional early childhood education slots in Buena Vista was a greater benefit to the community than maintaining a underutilized building for college-level education only.

o A copy of the February 6, 2019 letter directed by the CMC Trustees is attached. This letter explicitly states that items such as insurance, maintenance and utilities would be the responsibility of the school district as part of its lease with CMC.

– Soon after, the college sent a draft three-year lease agreement to Superintendent Yates, to begin on June 1, 2019—the date after which the prior lease expired—which would allow the district to have full use of the CMC-Chaffee County Center, including the authority to retrofit certain aspects of the building for the safety of the children using the building and in order to comply with state regulations for early childhood centers. At no time during this process did the BVSD notify CMC that the costs associated with leasing the CMC-Chaffee County Center, as presented in the agreement, were prohibitively costly to the district.

o A copy of the draft lease agreement is enclosed.

– During the time when the above mentioned agreement was being prepared, BVSD made a formal offer to purchase the CMC-Chaffee County Center campus from the college, and in accordance with Colorado’s “Sunshine Laws,” CMC submitted a confidential counter-offer for the BVSD’s consideration. In a letter on June 11, 2019, Superintendent Yates not only notified the college that the district was ending formal negotiations for the purchase of the building, but, additionally, would not sign the one-year lease requested and previously approved by the district. Superintendent Yates cited prohibitively high “new proposed costs” from CMC for the acquisition of the facility. In fact, these were not new costs, but the same terms included in the agreement previously vetted by the school district, including utilities, cleaning/maintenance, and broadband internet—all standard costs associated with a tenant lease.

o A copy of Superintendent Yates’ June 11, 2019 letter to the college is enclosed.

In anticipation of BVSD’s acquisition of the CMC-Chaffee County Center through its requested lease, the college vacated the building and removed all of its equipment. The Salida School District provided CMC with use of an office in its main administration building (Kesner), thus CMC operations relocated to the southern part of the county. Again, this was done because BVSD had given the college every indication that it intended to occupy the CMC-Chaffee County Center building.

CMC’s presence in Buena Vista remains unchanged. The college continues to provide concurrent enrollment courses to the students of the BVSD and is delivering courses to members of the community through alternative locations, including BVSD facilities. Campus location notwithstanding, CMC is offering eight courses to students in the BVSD this fall, including the following: Introduction to Chemistry; English Composition (two sections); Calculus I; History of Western Civilization; College Algebra; Jazz Ensemble; and General Psychology II.

At this juncture, and for several sensible reasons, CMC will not reoccupy its building in Buena Vista in the immediate near term. First, on August 13, 2019, the Salida School District Board of Education passed a resolution to annex that district into the CMC tax district. The CMC Board of Trustees passed a similar resolution on August 28, 2019. If successful, these measures would fundamentally change the college’s relationship with the Salida School District, providing that district with access to the college’s overall funding and financing capabilities, which could include a new facility in Salida. Until the outcome of that ballot question is known, it is imprudent for CMC to expend resources needed to reoccupy the building in Buena Vista.

Second, the college has received formal and informal inquiries regarding the use and development of the CMC-Chaffee County Center building and land. No final decisions have yet been made regarding these inquiries, but, again, the college believes that it would be a foolish misuse of taxpayer funds to relocate staff and administrative equipment back into the CMC-Chaffee County Center until the CMC Board of Trustees fully considers all offers for the campus, its building, and its land.

I hope that the foregoing information provides a helpful chronology of the events that resulted in the CMC Chaffee County Center’s vacancy. It is CMC’s opinion that the college acted fairly, transparently, and charitably to BVSD’s request to acquire CMC’s building through lease. Though the college and the district were not able to reach mutually acceptable terms for a purchase of the building, the college nonetheless fully intended to assist the district in using the facility for preschool programming in Buena Vista. CMC did not “bail” on BVSD, but rather attempted to help the district achieve its goal of delivering an educational benefit to the greater Buena Vista community.

Salida School District Board of Education

Chaffee County Board of Commissioners