Letter to the Editor: Disappointed in Lack of Public Comment Opportunity for Nestlé 1041Permit Renewal

I was disappointed the April 21 BOCC meeting was not opened up to the public for questions or comments regarding the Nestlé [Nestlé Waters North America] permit renewal. I knew the permit renewal date had been moved to Oct. 20, but I was expecting to be able to take part in the discussion about extending Nestlé’s current permit past October, and through the end of the year.

Nestlé’s 1041 permit expired back in Sept. 2019. When Nestlé realized they would have to have a public meeting to renew it, they requested a six-month extension. Once granted, Nestlé likely realized it would be to their benefit to give less public notice, and they requested the hearing date be moved up to January. The commissioners were right, in my opinion, to deny that request and stick with the April 21 date. 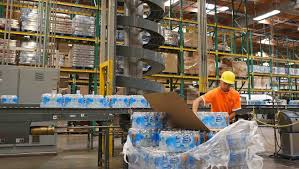 With the COVID-19 pandemic preventing public gatherings on April 21, Nestlé stated in this letter that their first choice was to still continue the hearing virtually on that date. The commissioners fairly wanted the public to be able to participate fully, and they instead agreed to give Nestlé another six-month extension. So now Nestlé has gained over a year to operate on their expired permit, and yet, they still ask for another extension to operate until the end of the year. I wanted to suggest at the April 21 “public” meeting that such an extension could be discussed in October, if necessary, rather than granted now.

The reasoning provided for an extension through the end of the year was to give Nestlé time to close down operations in the event the permit is denied by the commissioners or is amended to be unacceptable to Nestlé. As much as I like the sounds of Nestleé packing up and getting out of Chaffee County, I suspect they have other strategies behind their continued delay tactics.

Nestlé and their consultant, Mike Allen, stated in their letter originally requesting a permit renewal that they planned to have their permit quickly renewed as is, and then ask for amendments later. In other words, when the permit was not under the public’s radar, they would ask for less monitoring and reporting requirements. Mike Allen, by the way, is not only a Nestlé consultant, but is also on the County Planning Commission. The county attorney assures me it is not a financial conflict of interest because Allen does not directly vote on the permit renewal. But I wonder about his influence. Nestlé paid more than $300,000 to consultants, including Allen’s company, Apex Development Services, in their first year of operations. I digress.

I wanted to ask commissioners, since there is now plenty of time before the Oct. hearing date, if the plan is still to consider the permit as is, or if language will be added or removed before they vote? How will that process work? For example, language about Nestle’s initial pipeline construction can be removed, and since that investment was why the permit was given a ten-year term, it does not need to be for so long of a term.

I wanted to ask about making the staff report regarding Nestlé’s compliance over the ten-year term available to the public now, rather than wait till just before the hearing date in six months.

It’s a stressful time, and I realize the commissioners have a lot on their plate at the moment, but I do hope there will be more opportunities for discussion about what we can expect between now and October.