Letter to the Editor: Opinion from Chaffee County Democrats

I am writing in response to the letter attacking Chaffee County Clerk Lori Mitchell.  This letter alleges improprieties during the 2020 election.  Many accusations are made, but to my knowledge, no complaint has been substantiated.  The reality is this: 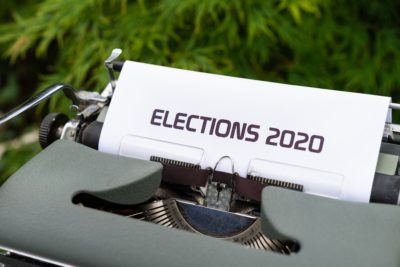 One of our elected Democrats, Chaffee County Clerk Lori Mitchell is under attack through letters to the editor and a smear campaign.  The reason for this attack is to support the narrative of The Big Lie: that the 2020 election was not legitimate.  This is a complete falsehood and needs to be confronted by all citizens of goodwill.

Fact: Former Colorado District 60 Representative Jim Wilson, an honorable Republican, did not write the letter published over his name in the local newspaper.  He denies writing it and denies the sentiment in the letter.

Fact: A technical problem with a video recorder was reported immediately to the Colorado Secretary of State which oversees elections.  The Secretary of State deemed the problem minor, of no consequence and as having no impact whatsoever on the election returns.

Fact: All the election judges who were from both parties, trained and certified observed the entire election process in Chaffee County judged the election to be fair and accurate.

Our state of Colorado and in particular Chaffee County has set “the gold standard” for how to run open and fair elections.  The entire nation would do well to run elections at every level the way they are run in Colorado and Chaffee County.  This high standard occurs here in large part because of the integrity and professionalism of our Clerk Lori Mitchell.

Anyone who has paid any attention to the news in the past nine months knows of the efforts underway to disenfranchise voters –especially those likely to vote for Democrats.  The Big Lie, repeated over and over about a stolen election, is a blatant and transparent attempt to deny the legitimate democratic outcome of a fair election and must be confronted for the power grab that it is.