Be it Resolved: An act to tax the poor youth of Chaffee County to support and entertain bored and boring transplants to that same county

My logging career became professional in the mid 1980s after a series of fires in Boulder County began a conversation about the impact long-term fire prevention was having on forest health in northern Colorado. Proposals were made to begin looking at the use of smaller diameter timber as building material to save old growth from harvest and utilize the many thousands of acres of overgrown timber that Is still prevalent in Colorado. Like so many initiatives based on sound science but not sound economics (combined with a few more years of above average moisture) those ideas were never really set into motion in a meaningful way anywhere.

Since I am a fairly savvy guy, I recognized that the problem was not going away by ignoring it. I went ahead and took a look at how some of those ideas could be incorporated into my construction business. With the aid of then District Ranger Charlie Medina, I began making local timber harvest a part of my business. Forty years later I have no living rivals in using locally harvested materials in construction projects in Chaffee County.

Since that time, the amount of acreage harvested and subsequently “treated” has expanded to about 1,200 acres per year in Chaffee County. This is according to Jim Pitts current district ranger for the Salida Ranger District in remarks he made at an Envision Chaffee County forum earlier this summer in Poncha Springs. At that meeting he proposed moving the 1,200-acre marker to 4,000 acres per year over the next 10 years. That plan was accepted and is now being promoted by Envision Chaffee County – a proposal bathed in ignorance.

It is a great plan to get out and harvest the beetle-killed spruce that are a product of natural forces that we can’t possibly comprehend, but it’s quite a different task to actually do it. Past treatment areas have been confined to predominantly Ponderosa pine and fir forests which have roads and logging already established.

Much of that harvest has followed other beetle epidemics that were far less severe than the current one, and in most cases harvest was delayed by the Forest Service until after much of the timber had degraded beyond usability. It was also not a timber product that would command value outside of a very local market.

The dead spruce in Chaffee County will cost far too much to harvest to create any real demand, and it is located in predominantly roadless areas at very lofty elevations that will take years of public meetings and input to open for timber harvest and subsequent treatment.

In the early 1900s my great-granddad rode atop the rail cars coming from the Alpine Tunnel into Buena Vista. Like him, I am familiar with that basin and maintain a cabin and about 10 acres of mixed lodgepole pine and spruce on the southwest end of Saint Elmo. It was a tinderbox this year, and lack of maintenance from other nearby residents and Sangre De Cristo Electric Association made my small effort seem pretty futile.

A trip downstream mid-summer to Alpine was even more revealing. There appears to have been no attempt in that town by a single resident to clear even a minimal amount of defensible space around a bunch of really high-end residences. That may be reflective of the current vision of Chaffee County – let somebody else do the work, my time is too valuable and skill set too low.

There followed a hike later in the summer upstream to the headwaters of Wildcat Gulch. It is never an easy trek even though it contains a logging road from the time of the railroad. The steep climb from the valley floor shows no beetle damage, and once the flatter basin is reached, the beginning seems overgrown but healthy. Not so in the upper reaches. The old growth is as dead as Monarch Pass, and that graveyard extends to timberline. Does someone with vision really think that one of the cleanest high altitude basins in the world is an appropriate place to send in the logging trucks just because the mule skinners were there once?

Commissioners have an obligation to the citizens of this community to ensure that any new tax will benefit the people that pay the tax. Unfortunately, a sales tax is a regressive tax that takes from the local poor in a disproportionate amount. The proposed forest initiative will benefit residents on the forest boundary, the town of Alpine for instance, far more than those living in established towns away from the fire line.

Integrity requires this initiative, if truly needed, to be funded using a real estate transfer tax or reallocation of PILT funds which come from land within Chaffee County that is federally owned. There would at least be some semblance of balance in cost–benefit in choosing one of those funding choices.

The upcoming special election was defined by number one Salida citizen Francie Bomer, who wrote about CAVE (citizens against virtually everything) persons recently in a letter to the editor regarding affordable housing. She finds that longtime residents who retain some local expertise or knowledge that does not agree with hers should be disregarded.

We are anachronisms to a past that no longer exists. My grandsons would probably take umbrage with her opinion of their uncle, dad and granddad, “the loggers,” but I am proud to be a CAVE dweller and knuckle dragger. If the future of Chaffee County relies on a penchant for disregarding lessons of its past, it is certain we face a grim future defined by fires of our own making.

The Session Ahead: Your Voice, Your Priorities 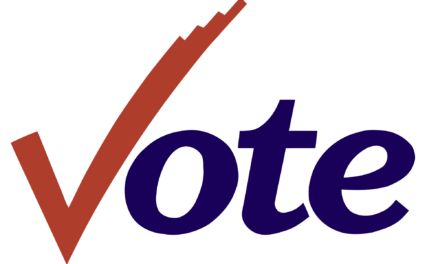 Letter to the Editor: Vote for the Qualified, not the party 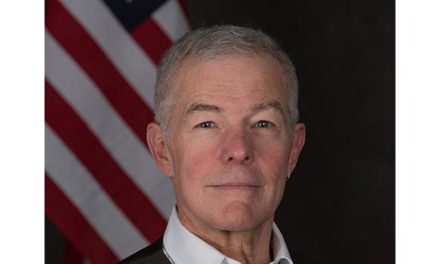 Letter to the Editor: Fellow Republicans, I Support Keith Baker for Re-election