Letter to the Editor: Proud ‘male feminist’ for Donovan

My mother raised her children to be feminists. She didn’t know it at the time nor did I and my siblings; feminism wasn’t part of our daily vocabulary. But she instilled in us the deep seated idea that women were just as valuable; equals to men. I’ve only recently become aware of her influence on me with the recent discriminatory and disgusting events and out right criminal acts perpetrated on women by men who don’t share my views.

My mother was a pretty tough cookie. She battled cancer for nearly forty years, almost half her life, until she couldn’t. When she wasn’t recovering from surgery, radiation or chemo, she worked, adding income to the family. From her heroic battle, I learned never to give up, fight on until you can’t do it anymore. She taught me to respect everyone regardless of color, creed, or sex. We are all human and deserve the same respect and admiration equally. No one is above the law or morally superior to any other.

It is from that upbringing, a male feminist, that I’m casting my November vote for the strong, determined, thoughtful, and dedicated women running for office up & down the ticket.

From my perspective, the starkest contrast between two candidates facing off is in Senate District 5. Olen Lund, full time member of the “good ol’ boys club,” has invested very minimum effort (as is apparent by his lack of appearances at events that are outside of Delta County and his abysmal fundraising numbers) in his bid to represent this sprawling, seven county-wide district. While Olen leans on gobs of money pouring in from special interests to fuel his campaign, our State Senator Kerry Donovan has been working tirelessly to talk to voters and the earn grassroots support that will push her over the finish line.

Kerry has the strong, thoughtful, committed, with the can-do, never give up spirit that I admire so much. I’m tired of white male politicians making decisions that affect a small minority of our diverse Colorado population with only their privileged comrades in mind – or even worse: with the special interests who got them elected in mind. We need more diversity, different opinions, and greater compassion that reflect the true demographic makeup of this incredibly beautiful state. We need more women, working alongside men to right this country, to bring it back to a balance and resume moving forward.

Our male leaders don’t have all the answers, the strength or determination necessary to solve our most perplexing problems. The women of this country have a right to participate as equals and are much needed if we are to get beyond the political gridlock we now face. I encourage you to cast your ballot to re-elect our State Senator Kerry Donovan and the other qualified, dedicated women running for office at every level. You won’t be disappointed. 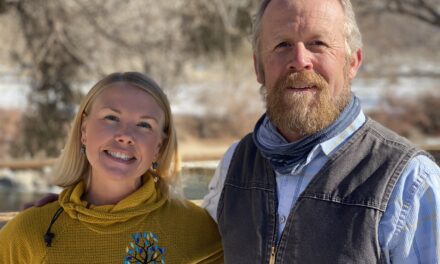 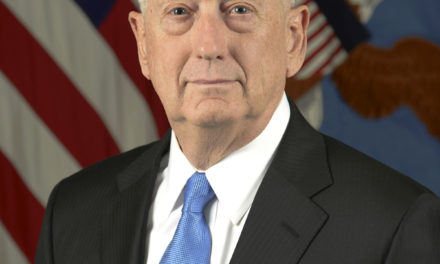 James Mattis Denounces President Trump, Describes Him as a Threat to the Constitution

Letter to the Editor: Tempting Fate


Letter to the Editor: Ballot Questions Open A Pandora’s Box


Letter to the Editor: Support 6A for Workforce Housing


Letter to the Editor: Vote for Experience


Letter to the Editor: Chaffee County’s Lack of Workforce Housing