Local Control Of Colorado Lodging Tax: Where Should The Funding Be Used?

Tourists have been coming to Colorado since before it became a state in 1876, for obvious reasons; its natural beauty, its wildlife and recreational opportunities, and its stunning Rocky Mountain terrain. But recently many residents across many counties have pointed out that it is possible to be loved too much. The crush of tourism began to take a toll on natural resources in destroyed trails, trash, illegal camping, and overwhelmed scenic areas.

The situation has caused many counties to begin to ask – how much tourism is too much? What can we do to fund a better experience for tourists and locals alike? Colorado legislators are answering the spiraling situation with proposed legislation HB22-1117 that would clarify and amend an earlier piece of legislation related to the promotion of tourism. 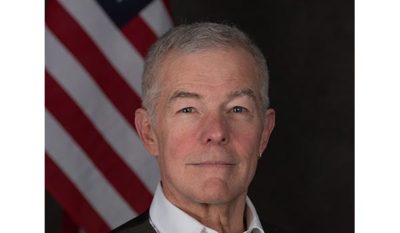 “Nobody that I know of, no county that I know of wants to spend all the lodging tax dollars on police or fire, or playgrounds, or trash collection, other than tourism,” said Chaffee Commissioner Keith Baker. “The intent of the law is to be able to spend a portion of lodging tax dollars to help mitigate the impacts of tourism and to improve the visitor guest tourist experience. It’s another component of full-spectrum marketing for tourism.”

Baker spoke with Ark Valley Voice to clarify some misconceptions about the proposed legislation. “Falsehoods are being spread and people aren’t paying attention to what is actually in the bill,” said Baker.

Over the past several decades, Colorado’s commitment to supporting its tourism industry has been an economic decision; tourism is one of our major economic drivers. As of 2019, according to Colorado’s Office of Tourism, “the tourism industry supports more than 180,000 jobs in Colorado. Tourism saves every Colorado household $707 annually in taxes. This is the amount of tax dollars residents would have to pay if not for the nearly $1.5 billion in state and local taxes paid annually by visitors.”

But until 2018, Colorado’s lodging tax went only to promote tourism. State Statute HB18-1084 authorized the board of county commissioners of each county,

“There has always been local control,” said Baker. “To say that this hasn’t been controlled locally is not true.”

But as tourism has grown to overwhelming levels in many counties, few have wanted to disturb the goose that lays the golden egg.  Many counties, including Chaffee County, have been reluctant to adjust those dollars away from the promotion of tourism.  The lodging tax within Chaffee County has grown to around $800,000 per year. Most of it is spent outside the county, bringing tourists in.  Current levels of tourism have had some major impacts on our natural resources, as well as the goodwill and patience of an element of the local population.

The proposed bipartisan bill is sponsored by Senator Kerry Donovan (D), Senator Don Coram (R), Rep. Dylan Roberts (D) and Rep. Marc Catlin (R). It would clarify once and for all that some percentage of the lodging taxes, the amount to be determined locally can be used to improve the visitor experience:

Section 1 of the proposed bill reads as follows: “amends the authority of a local marketing district (district) to allow it to use the proceeds of its marketing and promotion tax levied on rooms or accommodations (marketing and promotion tax) for housing and childcare for the tourism-related workforce, including seasonal workers, and for other workers in the community and for facilitating and enhancing visitor experiences. It also allows a district to make capital expenditures related to these purposes.”

This would mean that for the first time (with voter approval) some of the lodging tax dollars could be spent on capital improvements. Residents raise such projects ideas as: expansion of visitor centers, better signage to improve tourist environmental behavior, better housing for seasonal employees of the tourism industry, or safe and lower-cost childcare for tourism workers.

Baker is concerned that the local interpretation of this new bill is that it adds guard rails that weren’t there before. “But the 2018 bill had guardrails. There were always provisions in the bill that the local taxpayers are approving a local allocation. When Gunnison County first put forward this idea in 2018, it had all that in there then. One of my colleagues says it has to have local control – well it’s never not had [local control] to adjust lodging tax allocations to address the local environment. The referendum is very specific on how the money will be spent.”

Baker explained that the proposed HB22-1117 is what is referred to as “permissive”. “This has to be approved. It doesn’t say ‘county A, county B, county C’ you have to do this. It says counties can go to their voters and ask them; ‘will you approve spending a portion of the lodging tax dollars on these other activities that are part of a full-spectrum tourism marketing program?’ If you invite your guests here and they have a bad experience, that’s not good marketing.”

He went on to explain that guest experience can be influenced by things like worker affordable housing, or housing supplements. He pointed out that in the past county attorneys had been hesitant to allow lodging funds to help improve the visitor experience “because it wasn’t in the spirit of the current law. This clears that up.”

Baker (who ran the Trailhead for several years prior to becoming a county commissioner and is known for his support of recreation) added, “The irony is that we’ve been discovered here in Chaffee County. We might not have to spend a heck of a lot more than the $300,000 we used to spend. Now we’ve got $800,000 in that budget and we could find other ways to use it to enhance the visitor experience so they want to come back.”

“Hardly a week goes by when I get a comment on Facebook asking “we need to take some of that lodging money and do this or that….housing and childcare for seasonal workers. The law is specific and it always has been … it requires voter approval and specificity.”

He addressed another fallacy that has been making the local rounds, that the lodging tax might end up spent on police departments.

“Nobody I know says they want that lodging tax dollars for police or fire or roads or bridges. Doesn’t mean that later commissioner boards somewhere don’t try, but I guarantee you it will be voted down.”

The Lodging Tax Statute, since the first one proposed in 2018, has always had three features:

The 2018 law regarding adjusted use of lodging tax got approvals all across the Colorado tourism landscape; including the Colorado Association of Ski Towns, the ski and lodging industries, and the summer recreational activities from fishing to rafting, climbing and mountain biking.

“There is local choice  – it’s in there,” said Baker. “It’s in there because the first people who thought of it put it in there!”

A reminder for readers, in 2018, local residents began to talk about encouraging tourists to recreate responsibly — some took to calling it the ‘Chaffee County Way’.